‘The Circuit: Executor Rising’ by Rhett C. Bruno is my kind of book. Earth is dead (yay, apocalypse!) and humanity has taken to the stars. We haven’t gotten far. Still within our Solar System, humanity inhabits a string of Solar-Ark transports that continually travel what is known as the Kepler Circuit. Resources are mined and cultivated from the system’s planets and moons, none of which have been successfully terraformed. The Circuit is governed by a band of religious nutters known as the New Earth Tribunal. They revere the planet of our origin, but have absolutely no belief whatsoever that we will ever be able to return there. It’s important to note that that belief is not shared by everyone.

When Tribunal ships are attacked, they call on former Tribune, Cassius Vale. Disgraced, he has a debt to pay or so they think but, also, he is the only man in the Circuit who can puzzle out why the override embedded in the control of every ship has been successfully disabled. He invented the code, after all. He’s also the man disabling it, after his android, ADIM, boards the transports. The Tribunal also engages one of their elite agents, Sage Volus, to investigate. By accident or design, she and Cassius are inextricably linked.

Throw in a band of mercenaries, a criminal underlord and a ship full of dying men and women indentured by the Tribunal and there are more than a few diversions. Then there is the matter of whether Earth really can be saved (I’m thinking not, at this stage) and what Cassius Vale intends to do with all the Gravitum he’s been stealing from Tribunal transports.

Fast-paced and full of well-written action sequences, ‘The Circuit: Executor Rising’ is worthy of the genre placement: space opera. There is a greater story than can be told in one book, one that will likely keep author Bruno and his readers engaged for quite some time. ‘Executor Rising’ is a complete chapter but, like all good chapters, there are questions at the end that will compel the reader to move forward.

As imaginative and exciting as the story is, however, it wouldn’t work without a good cast of characters. ‘Executor Rising’ has ‘em. There are villains, heroes of both sorts -idiots and white knights – assassins, the aforementioned religious nutters, cute kids and femme fatales. In between, we have a handful of Tribunal stooges who spout the expected lines, but not everyone is destined to be interesting. Then there is ADIM, who is actually my favourite character. While completing his checklist of dastardly deeds for his creator, ADIM ponders the meaning of life and what it is to be a sentient being.

All in all, ‘The Circuit: Executor Rising’ is a fun and absorbing read. I finished it in two sittings and look forward to continuing the series. 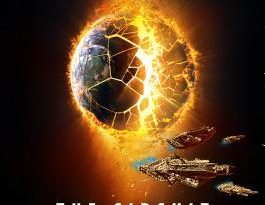 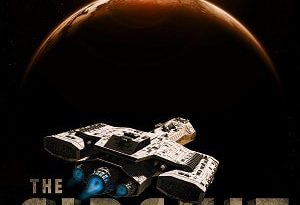 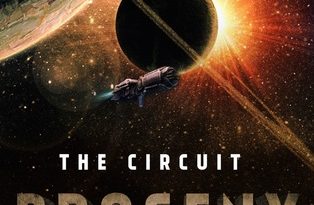