Despite the film ‘Frozen’ coming out in 2013, I only saw it on TV last Yuletide, mostly turned away by all the hype surrounding it, not to mention me thinking I probably wasn’t the target audience. I was pleasantly surprised, not to mentioning realising it was the plot of ‘The Snow Queen’ at how good the art and animation was, especially the snow. Good animation and not totally predictable plot.

This book, as the name ‘The Art Of Frozen’ suggests is about the designs and storyboards for the film and how they made their decisions. Don’t think normal drawing skills are never ever needed. They are. If you have an interest in getting into CGI production, this book will give you some guidance as to what is involved. Considering the amount of snow the USA gets, I’m surprised at how little the team there knew about it but at least were willing to research. I think the biggest surprise was the time it took to create the film past research was a year to make a release deadline set by Disney.

The design elements take this book beyond one that suitable for your spogs unless they are interested in construction or want to visit the source areas in Finland and other snowy territory. Some of the techniques, especially with how colour reflects off snow and ice should make any of the artistic amongst you think when painting. Not so much because it does show these colours, after all, we paint what is there, but also in how to manipulate the colour for a particular mood or time of day.

For CGI knowledge, seeing the essence of the original sketches being distilled into CGI strucuturing is also a lesson. Even four years later, it shows how progress is going in CGI animation how Pixar and Disney methods are melding into one. A beautiful book. 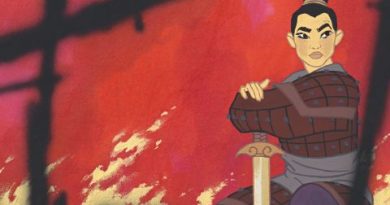 The Disney Princess: A Celebration Of Art & Creativity by Charles Solomon (book review). 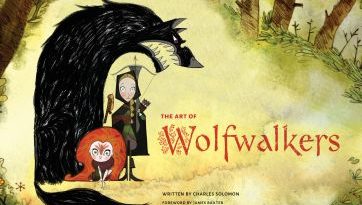 The Art Of Wolf Walkers by Charles Solomon (book review).

The Disney Princess: A Celebration Of Art & Creativity by Charles Solomon (book review).

The Art Of Wolf Walkers by Charles Solomon (book review).