David Martin is a writer, working at the local paper in Barcelona, when he gets an offer to write a series of books for a shady duo of publishers. His new books attract the attention of the secretive Andreas Corelli with an offer to make. Corelli offers David 100,000 francs to write a book, a masterpiece that David knows he wants to write. However, all is not as simple as it first seems and as David embarks on this project, dark things start to happen to those around him and he begins to fear for the safety of the people he cares about. When David realises that the previous owner of his house suffered the same problems, he begins to believe he might have a chance at outwitting Corelli. If David can solve the mystery, perhaps he might stand a chance, but with the police after him and his sinister benefactor appearing at every turn David might just be fighting a losing battle. ‘The Angel’s Game’ by Carlos Ruiz Zafón is a book that appeals to me in multiple ways. The prose is well-written and makes you want to keep reading, for which I’m sure part of the credit should be given to the translator, Lucia Graves, who makes the original Spanish read very well in the English version. There is a solid mystery story concerning both the mysterious publisher Andreas Corelli and the previous occupant of David Martin’s house, who seems to have suffered similar problems. There is a love story, although this is very much secondary. Any good gothic novel has a romantic element even if it’s not the main focus. It’s also a book about loving books, which for me really allows a connection to the characters. They’re all linked by books and writing in some way, from Vidal the great author to David Martin the struggling writer, from Sempere who runs the second-hand bookshop to Isabella, the aspiring writer. This is without doubt a story for people who love books and I doubt any book lover will read this and not long for the chance to visit the library of forgotten books and peruse its dusty shelves.

The characters are flawed yet compelling and although David Martin makes some poor choices, you will nonetheless end up hoping that he can outwit the sinister Andreas Corelli, the mysterious publisher who is surely more than just a man. There are hints to Corelli’s nature throughout, yet the reader is kept wondering, having to think about who he might be and what he represents. In fact, one of the strong points of this book is that the author doesn’t coddle the reader. We’re left to make our own conclusions about much of it and encouraged to take a step back and think about the events and characters instead of being told every last detail.

Having said that, Zafón creates a rich world, with lots of details that make the setting and characters extremely vivid. It is a world that is shared with an earlier book by Zafón, ‘The Shadow Of The Wind’, although the two books are separate enough that they stand alone very well. The dark streets of Barcelona are beautifully imagined, with the sights and sounds seeming to leap off the page.

Part mystery, part supernatural thriller, part literary masterpiece, ‘The Angel’s Game’ by Carlos Ruiz Zafón is hard to classify into a genre, but whichever genre you think you prefer, I’d have no hesitation in recommending this book. ‘The Angel’s Game’ is one of those increasingly rare books that draws you in so much that suddenly hours have passed without you realising and I enjoyed every page. 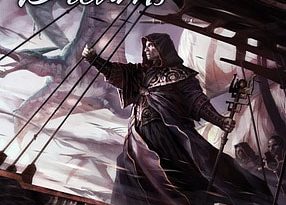 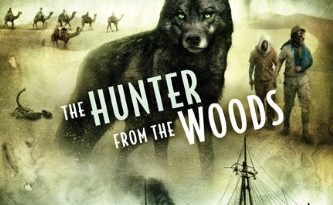 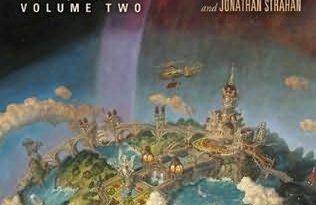 The Best of Kage Baker.