Jeff Bezos is heading for the stars with the Bezos Bros. as he’s announced via his firm Blue Origin that he and his brother Mark will join an auction winner on New Shepard’s first human flight on July 20th, 2021.

The news has left Richard Branson scrambling to try and beat this date, with Elon Musk considering an even earlier date to claim the bragging rights for such a trip.

The auction bidding for the Blue Origin starship seat is already over $3 million with nearly 6,000 bidders from 143 countries and will conclude with a live online auction on June 12th, 2021.

The winning bidder will fly to space on New Shepard’s first human flight on July 20th – now alongside Jeff and his sibling. 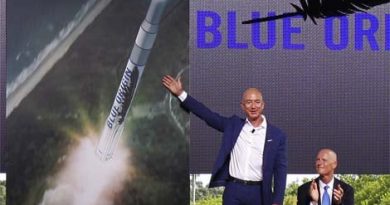