As I’ve often commented in other books reviews, it’s always fascinating seeing the film poster art from other countries and how they convey the movies to their respective publics. With the 24th issue of ‘Illustrators’ you get to see an entire wad of French poster art which they call ‘affiche’, which is a direct translation of the word ‘poster’. As Diego Cordoba points out in the text, many weren’t even painted by French artists but by Russian expatriates living there. As such, there is also very little information about them.

So what you have is a mixture of film poster art for home grown French films and foreign films. The latter, usually from the USA, UK and Italy. Spot the actor names on the posters if you can’t figure out the films from the art where they came from before reading the captions but they are very recognisable. It’s not difficult to spot Bogart or Bardot. There are several SF films in the catch, including an early one for ‘Metropolis’ (1927). There are even a few surprises like Moebius and Philippe Druillet turning their hands to them.

Interestingly, only a few have had their art transposed back into the English market so you really are seeing a lot of unique film poster art collection here.

Despite having so little information, Cordoba focuses on five of these artists, their histories are scant at most but made up for with a lot of art. For the record, these artists are: Boris Grinsson (1907-1999), Clément Hurel (1927-2008), Jean Mascii (1926-2003), René Ferracci (1927-1982) and Michel Landi (1932-). As you can tell, only Landi is still alive. With poster art now more than reliant on photos than art, it looks like there will be fewer French artists involved in film posters making this book unusual. One can only hope for a resurgence someday.

From an art point of view, the styles vary from realistic to surreal and I was quite surprised by the diversity. When it came down to actor likeness or even the odd scene from the films used, they were on par with any other artist. It would be interesting to see other countries cinema poster art sometime to show whether culture or subject matter contributes to the art the final work. 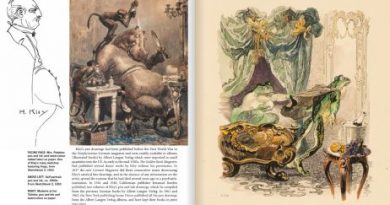 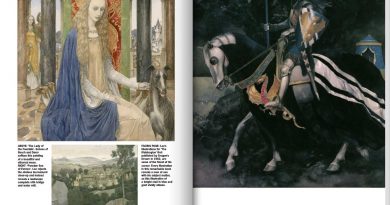 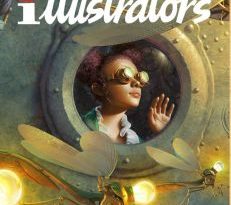