Little did Stephen Hunt know when his first novel The Court of the Air was the subject of a bidding war in 2005 and went on to sell 100k copies, that his sales would lead to the rehabilitation of the steampunk genre from a small literary backwater into a gushing goldrush being mined by the likes of everyone from Cherie Priest to Chris Wooding, TV series like Warehouse 13, the likes of IBM declaring the genre ‘has arrived’, and many mooted movies in the (clock)works.

And if the genre wasn’t getting mainstream enough for you – if you haven’t had enough of yet another airship on a fantasy/scifi novel – here comes Terry Pratchett announcing the title of the next full-length adult Discworld novel today… Raising Steam!

Yes, readers, it sounds like the citizens of Ankh-Morpork are leaving their Renaissance years behind them and embracing a boiler full of Victoriana! Looking forward to it. And the icing on the cake? IBM finally got a prediction right! 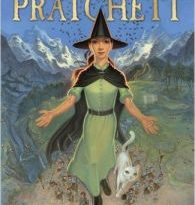 The Shepherd’s Crown (A Discworld Novel) by Terry Pratchett. 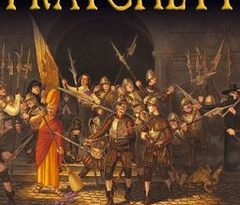