Taken from the cover: ‘Dodger is a tosher – a sewer scavenger living in the squalor of Dickensian London. He used to know his future; it involved a lot of brick-lined tunnels and plenty of filth. But when he rescues a young girl from a beating, things start to get really messy.’

The book’s dedication reads: ‘To Henry Mayhew for writing his book and to Lyn for absolutely everything else.’ As all good students of Victorian history will know, Henry Mayhew http://en.wikipedia.org/wiki/Henry_Mayhew was a researcher and writer who wrote London Labour and the London Poor (1851). The book in two volumes has been described by James Blaylock, one of the father’s of the steampunk genre, as a ‘cornerstone research book’. In it, Mayhew documents in exhaustive detail the lives and living conditions of the poorest denizens of London during the period. If nothing else, ‘Dodger’ should inspire readers to search out a copy for themselves. (Don’t fret, there’s plenty of them.)

Whereas KW Jeter, Tim Powers and Blaylock use ‘London Poor’ as the basis of their ‘What if?’ speculative versions of history-with-cogs-on. Pratchett’s ‘Dodger’ is more. This was Victorian London, with a few fictional characters thrown in, including the eponymous hero, his mentor Solomon Cohen. He’s a much more refined and less anti-Semitic version of Fagin who counts Marx among his long and illustrious list of acquaintances and the fiendish (or not) Sweeney Todd.

As Pratchett says in his lengthy acknowledgements, like Mark Twain, he’s added ‘a little bit of shine’ to the world of mudlarks and toshers, now more often seen in continental India than down the East India docks or under EC1. Dodger is ‘a geezer’, the archetypal, loveable, young scamp and a successful tosher.

The story begins as all good adventures should, on a dark and stormy night. Dodger is ‘on the tosh’ – digging through the great cloaca of London, searching for valuables that have found their way into the sewers. By chance he happens upon a young woman, Simplicity, on the receiving end of a savage beating. He saves her and thus embarks on his cockney bildungsroman.

Like a streetwise Candide, Dodger is guided on his adventures by his mentor, Solomon, and a certain Charlie Dickens who, along with his friend, Henry Mayhew, meets the young scallywag when he saves the girl. The wily Dickens knows a character worth developing when he sees one and from their first meeting it’s clear that he has great expectations of Dodger.

The main story arc centres on a crown threatening conspiracy to cover-up an inappropriate royal liaison, but most of that action happens off stage and overseas.

Dodger’s self-appointed task is protecting the lady and ensuring her future safety. In the pursuit of this noble goal, he manages to further distinguish himself as a bit of a hero by apprehending no lesser fiend than the Demon Barber of Fleet Street. Pratchett’s portrayal of Sweeney Todd paints him as more of a war-damaged veteran than an avaricious murderer, which is an interesting and refreshingly contemporary take. One thing Pratchett doesn’t do, even though he is writing an historic fantasy set in Lud’s Dun, is tread the well-worn path to mystical London and its sacred geometry…not too much at least. Cloacina aka ‘The Lady’ is the Roman goddess of the sewers and might very well be wandering around in her domain, but he steers clear of Hawksmoorian architecture along with that other staple of London-centric Victorian adventure, Jack the Ripper. Something for which this reader, at least, is grateful.

Some of Pratchett’s cast for this exciting journey through Mayhew’s London includes the heiress and philanthropist Angela Burdett-Coutts, the great engineer Joseph Bazalgette, the politician ‘Ben’ Disraeli…and the cop to Dodger’s robber, Sir Robert Peel. Pratchett’s characterisations of these august personages isn’t necessarily how they were recorded as being, but perhaps might have been had Dickens and his creations walked the streets together.

To my mind, ‘Dodger’ isn’t just about the further adventures of Oliver Twist’s more interesting friend and his creator, neither is it a time traveller’s guide to Victorian London, although there’s enough of that to fuel further reading. It’s more about overcoming adversity, about working hard to be lucky and finding a tosheroon in the excreta life sometimes throws at us when it’s run out of lemons.

Dodger is the personification of indomitable spirit and in his unorthodox way, nobility with a bucket of wit and a sack or two of charm thrown in for good measure. You never feel that he’s in any real danger and you never doubt that he’ll succeed. The grimmer aspects of life for poor Victorian Londoners is given a good bit of shine and that’s fine. This is the work of a master of his craft, there’s nothing clumsy, nothing crass here. The subject matter is lightly, but deftly handled.

In the past, I’ve laughed like a drain (sorry) at some of Sir Terry’s books. ‘Dodger’ made me smile more often than it made me laugh out loud, but this book never fails to be both entertaining and heartening. 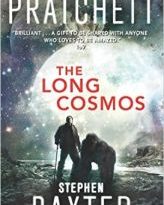 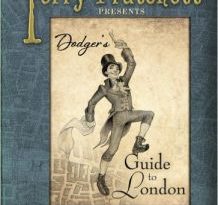 One thought on “Dodger by Terry Pratchett (book review).”