Activities at the Dublin Worldcon will include the 2019 Hugo Awards – awards for science fiction and fantasy – as well as their Masquerade costume display.

The World Science Fiction Convention (Worldcon) is a five-day event that has been held annually since 1939, apart from a four-year break during the Second World War. Dublin 2019 is the 77th Worldcon, the first to be held in Ireland and the eleventh in Europe.

Dublin 2019 will be based at the Convention Centre Dublin, known to locals as “the tube in the cube.”

“It will be a pleasure to welcome fans from around the globe to this beautiful country that is steeped in storytelling,” said Dublin 2019 Chair James Bacon, who accepted the gavel from Worldcon 76 Kevin Roche at the closing ceremonies in San Jose. “We’re looking forward to the diverse discussions and celebrations of imagination that Worldcon will bring.”

Michael D. Higgins, the President of Ireland’s Parliament and Government, welcomed the news, saying, “Ireland is a land which celebrates stories and imagination, and our Irish heritage has always been imaginatively interwoven with new cultures and new traditions. This is aptly reflected in our deep appreciation and appetite for speculative fiction. Speculative fiction plays a seminal role in helping us to question received versions of the contemporary world, and to dream of new worlds and new ways of thinking. It affords us a licence to look beyond the immediate and utilitarian, to engage in a long form of thinking which places no limits on our curiosity. You are all most welcome to share with us in this unique Irish event.”

The Dublin convention will host the first Worldcon Fringe programme. The Fringe programme will enable additional events to be organised “outside the box” of convention centre spaces, including special performances that showcase Irish legends, art, music and landmarks.

Guests of Honour for Dublin 2019 include YA author Diane Duane, and screenwriter and Hugo winner Ian McDonald, as well as game designer Steve Jackson (Melee, Chaos Machine, Munchkin) and editor Ginjer Buchanan. Science Guest of Honour will be Dame Jocelyn Bell Burnell, who discovered radio pulsars in 1967 as a postgraduate student.

More information and membership registration for Dublin 2019 are available at https://dublin2019.com. 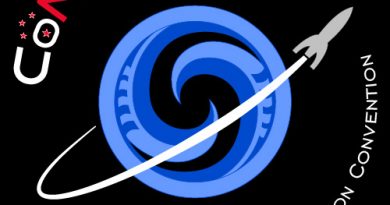