The second ‘Captain America’ film, ‘The Winter Soldier’, had a lot to live up to after such a successful first film. Like with ‘Iron Man’, it could now move beyond the origin and more with how Steve Rogers (actor Chris Evans) is adjusting to the present after his hibernation. As revealed throughout the story, Nick Fury (actor Samuel L. Jackson) was keeping him under observation although where this was for his protection or keep on-lookers at a distance is never shown. When you consider that there is a display at the Smithsonian Museum showing Captain America’s life-story and unmasked, in this day of celebrity I doubt if he’d have had much privacy otherwise.

Considering that having seen the TV series of ‘Agents Of SHIELD’ first, it was hardly a surprise that Hydra had been infiltrating SHIELD for some time but this film does go from the other perspective of what happened to Fury. You would have thought that Hydra would have eliminated Captain America earlier but this would have but an end to the film before it began.

As it is, Cap is brought into play after Fury’s apparent death and uniting with the Black Widow (actress Scarlett Johansson) and introducing the Falcon (actor Anthony Mackie) has to bring down Hydra’s plan, Project Insight, to eliminate to reduce the population of their undesirables and get those loyal to SHIELD to act. No easy task and as that’s the bulk of the film and likely to be spoiler, you’ll have to watch this for yourself. It was interesting to hear that a certain Stephen Strange was on the elimination list and a subtle hint of a forthcoming film. The Winter Soldier himself is no revelation to reveal he’s a brainwashed Bucky Barnes (actor Sebastian Stan) has the least dialogue

Bearing in mind I’ve only watched the film once at the time of writing this review, I did find it odd that Hydra hadn’t infiltrated more of their people into SHIELD or at least place more of them into key positions on Project Insight to ensure its success. Thinking about it, this might have been more to do with how many people Hydra has let alone those who are technically proficient. Then again, they do have other arms out there, spot Baron Strucker in the end credits, and probably didn’t want to commit all their people there.

A lot of the time I was playing find Cap’s Shield. Considering how much he uses it in the film, he also seems to not have it in key situations and ultimately loses it in the finale. No doubt he’ll retrieve it in time for the next ‘Avengers’ film because it is supposed to be one of a kind.

It’s interesting that both the Widow and Falcon use pistols as a weapon of choice and even Cap does from time to time. In a realistic world, when you’re fighting a menace that will shoot you down if you don’t get them first, this is understandable but it seems to remove the super-hero edict of not killing the enemy. One would have to wonder where Tony Stark was while all this was going on but if we think that ‘Iron Man 3’ might have been happening around the same time, then he would have had enough of his own problems to worry about. It was interesting to see the use of Batroc and Arnim Zola for brief appearances but can it be too long before we see Modok now?

As with ‘Iron Man 3’, this DVD has minimal extras. One omitted scene where Cap ditches his new costume and the other looking at his bucket list of things he needed to catch up on will at least stop you freeze-framing to make notes. Considering that this list is based off a poll done on the Internet, then this information was already available.

Despite some criticisms, there is a nice balance between action and non-action allowing actor moments that makes for a good adventure film and you eye won’t stray from the screen which is always a good sign. One can only hope this momentum can be kept up with the third film. 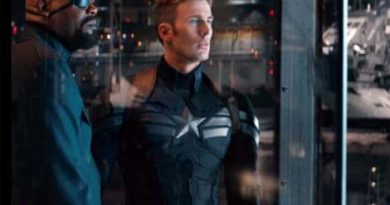 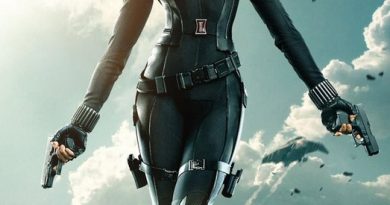