The ‘Cannon’ stories by Wallace Wood tend to come under the title ‘The Compleat Cannon’ but it’s all the same material, although this third edition is formatted in newspaper format with two strips to a page. It was originally released from 1970-73 in ‘The Overseas Weekly’, a tabloid for US military stationed abroad and 263 pages here. Unless I’m missing something, there are no stops for story titles, it’s just one continuous adventures at an almost breakneck pace. 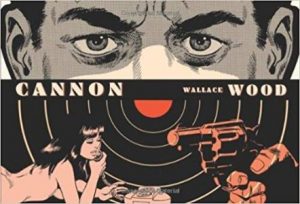 Spy and super-agent John Cannon is shot down in a flight over Red China where he is brainwashed by Madame Toy. However, he returns to the USA and to break the conditioning, Cannon has to be brainwashed a second time and is returned to duty, almost a machine in his devotion to duty. This does slowly change over his adventures, more so as he rested from time to times, as he invariably rescues the free world from all kinds of menaces. Everything else after that is classified.

Expect a lot of nudity, although strategic furniture, leg or clothing for the lady’s nether regions. It is also extremely violent so don’t expect even your favourite characters to survive. There are a lot of in-jokes that probably went over military readers at the time although it isn’t difficult to spot Wood himself as a character in the latter end of the book. This is also some of the finest artwork I’ve seen of Wallace Wood and a mastery of the comic-strip.

At the back of the book, writer Roger Hill tells us about Gregg and Arlene Hazen and the discovery of the two rare issues of ‘Heroes, Inc.’ and in quantity at ‘The Overseas Weekly’ warehouse when they were locating Cannon story back issues. As they also had two ‘Cannon’ strips, pencilled by Steve Ditko and inked by Wood and these complete this book.

If you like Woody’s work then chances are you already own a copy of this work. If you haven’t, then it’s well worth picking up a copy but be prepared to read in long stretches. 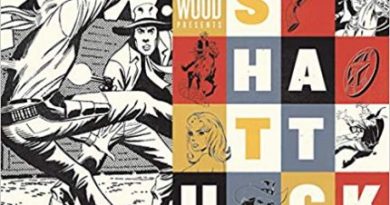