Originally released in 1994, ‘Attack Of The Monster Movie Makers’, Tom Weaver’s interview book truly lives up to the sub-title of ‘Interviews With 20 Genre Giants’. Well, maybe less with the starter because I doubt if many of you know actress Merry Anders, but that’s largely because she landed up in the B movies as indeed many of the people here did. Interestingly, I reviewed the DVD containing ‘The Time Travellers’ (1964) that she appeared in this month and getting insight into that film was interesting and how tough it was for the cast who were androids. With so many of these old films available, these books make a superb supplement that compensate for not being able to have no DVD extras. The real mccoy had to be scriptwriter and occasional director Charles Bennett who wrote for Alfred Hitchcock and Irwin Allen, the latter invariably took credit for his work. Reading behind the lines, Bennett’s decision for writing depended on who was paying him, which explains his going between the UK and the USA a lot. What was really interesting was what happened to his ‘Night Of The Demon’ script. You’ve no doubt read of this for years but reading it from the man who wrote it adds a lot more dimension. Although Weaver was focusing on Bennett’s non-Hitchcock material, I loved his relating that Hitchcock saw ‘Psycho’ as a comedy!

Where ‘The Creature From The Black Lagoon’ is concerned most people tend to be aware of Ricou Browning playing the Gill Man underwater, forgetting Ben Chapman, who was also an excellent swimmer, played him on land. The insights by Chapman into the use of the costume makes for a fascinating read.

Reading producer Herman Cohen’s massive interview and I’m already checking the availability of DVDs of the films he’s involved in. It’s also one of the rare interviews that does not contain his filmography, no doubt because it would have been of an equal length. Cohen worked on both sides of the pond and gave a real insight into what a producer does. Picking out highlights is tough but his comments about Joan Crawford is worth reading alone. It’s rather interesting looking at the photo from ‘Trog’ and realising the face mask looks like one taken from the man-apes from ‘2001’.

The likes of the material that director Val Guest talks about looks small in comparison, yet they were of equal length to Cohen’s, although the focus was on his genre films which was only part of his career and got into it largely by default. Oh, a little bit of trivia in case you didn’t know it, actor Michael Caine had a small bit part in ‘The Day The Earth Caught Fire’. With another reference, it seems that if there was any actor down on their luck then they’d get a day’s work to keep them going. Said film was also a President John Kennedy favourite, too.

From the actress Susan Hart interview, the money that 20th Century Fox made from ‘Dirty Mary, Crazy Larry’ helped ensure finance for the first ‘Star Wars’ film. Please note, I’m picking out on facts that I didn’t know out of lots of information from a lot of people in these interviews.

With so many of the actors here having been involved in Roger Corman productions, it’s inevitable that there’s a lot of cross-matching of information building up a bigger picture. I knew actor Ed Nelson had done some films for him but until his interview not all the behind-the-scenes stuff as he worked his way up the totem.

The interview with William Phipps was also quite an eye-opener. Although I haven’t seen all the films he’d been in, the ones he were in didn’t quite register until he describes what roles he did in ‘Invaders From Mars’ (1953), ‘War Of The Worlds’ (1953) and…er…’Cat Women Of The Moon’ (1953).

I suspect the real gold of this book for many of you will be the recorded stage interview with Vincent Price and I defy any of you not to read it and not hear his nasal intones and pace. Price is mentioned by other people in their interviews here and you have to wonder why the TV series ‘Time Express’ (1979), he and his wife, Coral Browne, were involved in has never been released onto DVD even if it’s just for completest sake.

Building pictures isn’t always about films. Actor Herbert Rudley gives insight into the Hollywood caste system which tended to segregate the stars from the lesser actors literally by shunning them at parties. With my more critical eye, I do suspect it was used as a means to encourage ambition as well but as William Phipps and Kenneth Tobey point out, you’re either going up or down in the roles you’re given and it was largely out of their hands where they were invited.

Writer Henry Spalding gives more insight into his boss, producer Robert Lippert, who was behind the three 1950s ‘The Fly’ films and SF generally.

I’ve heard of the 1931 Spanish version of ‘Dracula’, filmed on the same sets at night while the Lugosi version was recorded during the day but, considering it was on indoor sets, I doubt if anyone could tell the difference. Actress Lupita Tovar who starred in it gives a lot of insight and checking the Net, the film isn’t out there on DVD which seems a shame.

There is so much in these books and they are long reads making them worth their money, not to mention me looking up what’s available out there. Something I have found is that even using the long river booksite, even putting in a scriptwriter’s name, will find all that’s available. I should point out that with so many of these people who’ve now died, Tom Weaver’s interview books give information that can’t be repeated again. For any fan of old SF and horror films, these books are a positive must for your collections. 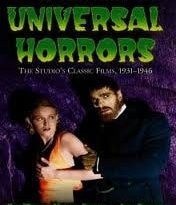 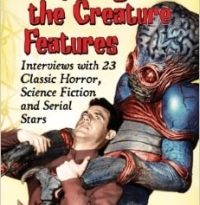 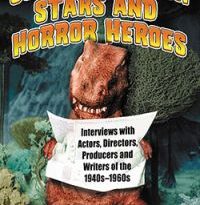