Imagine a swarm of robots, each with their own specialized function, working together to build a massive space station. The robots could fly or jump to different sections of the structure, connecting modules and making repairs as needed. The station could expand or contract as necessary, depending on the needs of its inhabitants.

As for space colonization, swarm robotics could create a self-sustaining colony on a distant planet. The robots would be able to mine resources, construct buildings, and even grow food. They could adapt to the harsh conditions of the planet, making it possible for humans to live there.

And let’s not forget the potential of self-assembling space habitats. These habitats could form around a spacecraft, providing a safe and comfortable environment for the crew during their journey through space. The habitat could develop or contract as needed, and could even be customized to suit the needs of its inhabitants.

But the true beauty of these concepts is not just in their practicality, but in the creativity and imagination they inspire. The idea of robots working together to build massive structures in space is something straight out of science fiction, and it’s thrilling to think that it could one day be a reality.

So let’s embrace these wild and wonderful ideas, and continue to push the boundaries of what is possible in the realm of space exploration and colonization. After all, the possibilities are truly out of this world. 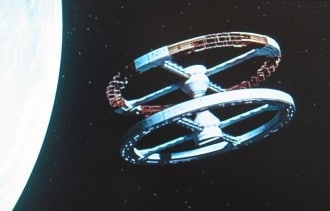 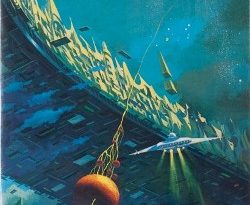 Fermi Paradox… so where are all my flipping megastructures? (science video)

Fermi Paradox… so where are all my flipping megastructures? (science video)