An American Story by Christopher Priest is my novel of the year, a grabbing, electrifying and chilling read. It’s probably best categorised as a conspiracy thriller, with settings in the near past, the present and the near future. 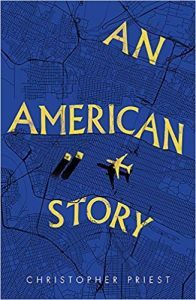 Ben Matson tells the story. He’s an English freelance science journalist, living in Scotland (independent and a member of the EU) and looking back at events from an unspecified point in the 2020s. He has a firm and loving relationship with Jeanne, who is Scottish, and they have two young sons. But, more than twenty years earlier, he was in a relationship with Lily Viklund, a US publishing executive and expecting to stay with her for life. This is despite the complication that she was still married to Martin Viklund, a very senior White House advisor. Lily’s marital status and her on-going relationship with Martin seem uncertain. She says one thing but her behaviour suggests something else.

Then 9/11 happens. Ben is in a passenger aircraft over the US at the time, and Lily is meant to be in another passenger aircraft, also over the US. He cannot find out what’s happened to her and has to presume her death. He researches the details of 9/11 and discovers that while there are hundreds of crackpot theories about that infamous day in 2001, the official records are incomplete and deliberately false.

Another plot strand is concerned with an important Russian-born mathematician, Kyril Tatarov. Ben has interviewed him in the past. At first, this seems unconnected to 9/11 and the current situation for Ben. Then we discover that Tatarov’s area of maths was concerned with how people view reality and remember the past. This is at the centre of the whole novel.

A couple of events in Ben’s ‘now’ cause him to look again at 9/11 and its repercussions. Priest has cleverly interlaced chapters and scenes from the all carefully labelled different years to maintain a trickle of information and to increase tension. It’s impossible for the reader to know how much is fact and how much fiction. Priest has done his research with care, so that the small but significant changes in air travel and communication between 2001 and now are all in place. All through the novel are the insertions of ‘Things That Don’t Fit’, which worry Ben as he tries to make sense of the ‘true story’ of 9/11. Why are people lying to Ben?

Priest’s smooth and clear writing style makes the reader care about his characters. A plethora of small details gradually come together to deliver a really satisfying novel. His novels mostly operate on the outskirts of SF and this is a great addition to his oeuvre. 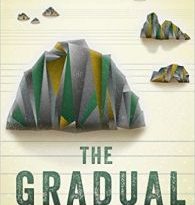 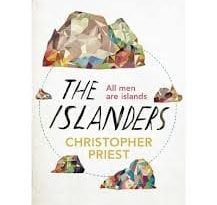 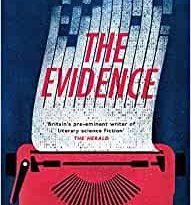