Published twice a year, ‘Alt Hist’ magazine collects tales of alternate history, ranging from the supernatural to the military. Issue 5 includes five original stories, one of which continues an ongoing series about the successful Nazi invasion of Britain. The other four stories are varied. One touches on the myth of Frankenstein and another explores the aftermath of the Civil War. My two favourites are about a possessed bridge, and Al Capone, the Futurist. We’ll start there. ‘A.D. 1929’ by Douglas W. Texter pairs Al Capone with Italian Futurist F.T. Marinetti, who has decided the American Gangster has what it takes to be an American Senator. This representation of Futurism shows an altered future where the former crook applies his talents to going straight.

If you’ll forgive the backward cliché, the madness of the method works. Government is really only a legalised racket, after all, and it’s well known that while Capone was a somewhat unpredictable and fearsome man, but he did abide by a code and was actually quite charitable. I really liked the ‘what if’ aspect of this story. I also thought Douglas Texter showed a great understanding of both Capone and Marinetti. It’s definitely a tale that stirs the imagination.

‘The Bridge’ by Micah Hyatt tells the tale of a possessed bridge. At the beginning of the story, a weary worker loses his life after falling into the river. The death, the first in a series, does not seem suspicious. It’s more a matter of fact. Large scale engineering projects, particularly bridges, claim the lives of many. Even today, safety is not guaranteed, despite better equipment and laws. The faulty leather strap that cost the man his life was not the true cause of his death, however. The bridge is determined to be built, yes, but it requires more than steel and concrete. It must be fed with souls as well.

This story is a unique take on alternate history. It could have been any bridge, but the author imbued his tale with the history of New York City, nonetheless. The supernatural element is different and unexpected. I liked it a lot.

The other three stories included in ‘Alt Hist # 5’ are of the more traditional variety. ‘After Mary’ by Priya Sharma is reminiscent of Frankenstein. A reanimated servant struggles to learn who and what she is. I enjoyed the gothic feel. ‘The Stiff Heart’ by Meredith Miller is the most impenetrable story in the collection. It probes the story beneath the story in the aftermath of the American Civil War. I think my own grasp of history failed me as I struggled with the author’s interpretation of events.

‘Rotten Parchment Bonds’ by Jonathan Doering furthers the story of Battalion 202, set during the Nazi occupation of an alternate England. Harold Storey has fought his battles. Now, he would like nothing better than to retire with his wife. War has come again, however. Harold’s hopes are momentary lifted when he meets what he believes in a sympathetic soul within one of the German officers. But nothing is certain in a time of war. Having read the previous story in the series, I was able to appreciate how the culmination of events in Christopher Greenwood’s story played into this one. Doering writes well and I enjoyed his exploration of the divided loyalties of the men who reside within the skin of a soldier. I’m looking forward to further stories in this series.

‘Alt Hist # 5’ is a full issue. The five stories are varied and interesting. I enjoyed them more than I did the collection in the last issue, but that is mostly a matter of taste, or preference. These stories didn’t rely as much on a sound knowledge of history, which is good as I skipped more history classes in High School than I attended. (For shame!) Yes, I regret it now. Thankfully, I have books, even if some of the stories give me supernatural and alternate versions of real events. But history is more interesting that way, isn’t it? 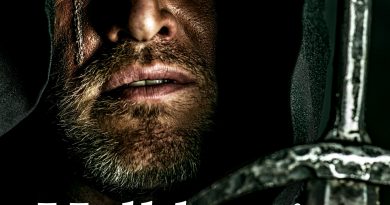 Hell Has Its Demons (The Sotil and Savage Adventures) by Mark Lord (book review). 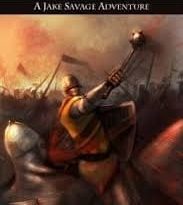 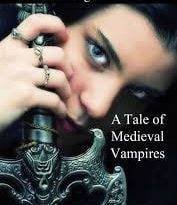