Time for another ‘Wild Card’. The ‘Aces High’ of the title is a high class restaurant in Jokertown where the Aces and Nats go to eat. What this mosaic of eleven stories focuses on is a Masonic conspiracy. Fortunato gets wind of it when three of his geisha prostitutes gets murdered in 1979 and attempts to get to the bottom of it with a couple odd red coins he discovers with no success. From there, the main interlace story link starts in 1985 is the walrus-man and newspaper seller, Jube. Without going too spoiler, he isn’t a Joker but an alien sent by the Network to observe what the Takisian virus has done to the human inhabitants. His appearance is the perfect disguise although he has to be careful what he eats.

The real gist of the start of this mosaic story comes from the hands of Walter Jon Williams with ‘Unto The Sixth Generation’ where several significant characters are introduced. Top of these is the robot/android Modular Man, the unnamed Bagabond and the rather more villainous and deadly Astronomer. There is also an alien spore invasion from the Thracian Swarm Mother which taxes even the SCARE Aces to beat. The balance of bringing things up close to major battles will make you pay close attention. If anything, this could have been a lot longer, especially as some of the other characters been given more page space but I suspect it would have made the story too unwieldy. The repercussions of which will follow in this and next couple books.

Picking out particular stories is always going to be tough. As some of you will be buying this book to see some of George RR Martin’s SF writing, then I should draw you to ‘Winter’s Chill’, an appropriate title for this time of year. Here we see the life of the Great and Powerful Turtle and the major downside of being infected with the Wild Cards virus, whether you’re an Ace or a Joker. Nicely played and reference to some unseen back story of activities in the earlier twenty years. I know when this mosaic was first conceived that after the first book they would jump to a more contemporary time but 30 years later, there is a good argument for an inbetween book or three for those missing decades.

Just when you think one story thread is abated or at least out on hold for a while, the next writer rise to the challenge and does an extra spin. Melinda Snodgrass rises to this bringing in Tachyon’s family and how duels are won. We also see a lot more of Mark Meadows aka Captain Trips and his friends. This is followed up for a time with a murder mystery ‘With A Little Help From His Friends’ by Victor Milán but telling you too much about it will spoil the fun.

The team didn’t hesitate in bringing out the more vile villain you would ever come across in the form of the Astronomer, who had access to TIAMAT, some form of alien technology abandoned here for many centuries. He also recruited Freemasons and nearly decadent Aces and Jokers and tried to turn others before the likes of Fortunato and Tachyon got wind of it and we have the spectacular battle in Pat Cadigan’s ‘Lost Ways’. Little did we know what was to come.

If you thought the first ‘Wild Cards’ book was good, then this one is better as you learn more about the characters and their lives and get familiar with the reality. Observing with my writer’s cap on, the authors build up a mental framework in your head that when any of the players come into view you have an expectation for them to do something. They aren’t always successful which makes them vulnerable and has contributed to his book series’ success. It can be tough being an Ace or a Joker but a joy to read. 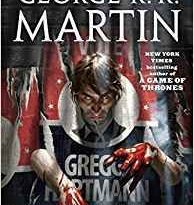 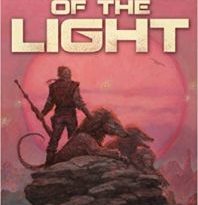 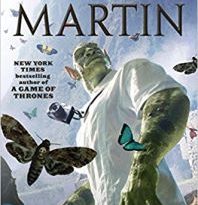