‘A Star Shall Fall’ by Marie Brennan is the third book of ‘The Onyx Court Quartet’ and tells us more about what happened at this illustrious place approximately a hundred years after the events of the second book. Just to remind you: The Onyx Court is a fae shadow court situated somewhat ‘below’ London. The bond forged by Lune and Michael Deven between the mortal and the fae realm in the end of book 2, ‘Midnight Never Come’, has strengthened it. Thus Michael Deven became the first Prince of the Stone, to be followed by a new human male when the old Prince dies. ‘A Star Shall Fall’ is a direct sequel of ‘In Ashes Lie’, despite the gap of years between the two plotlines. In ‘In Ashes Lie’, the main opponent was the Dragon, a being of elemental fire that nearly laid waste to London. In the end, the fae of the Onyx Court and their mortal allies succeeded in defeating the Dragon before incarcerating him in a box made of iron. His prison should have held him for all eternity but, as we learn in a flashback, it could hold him only for a couple of years. So the fae decided to banish the Dragon to a wandering star to be never seen again. Meanwhile, in the mortal world, the Royal Society of London has been founded, assembling under its roof the greatest minds of England. The advancement of science disproves ancient superstitions and magic is losing its place in the world which could lead to the exposure of the Onyx Court. But science also brings dread to the fae by predicting the return of the wandering star seventy-eight years after its disappearance. Once again, the gaze of the Dragon will fall upon the city it once ravaged.

The fae and their mortal allies immediately develop plans to defeat the Dragon for good. All seems rather hopeless until Galen St. Clair, the present Prince of the Stone, becomes a member of the Royal Society and finds a person who can help. This is an Arabian genie who, travelling the world, has come to the Onyx Court to satisfy his curiosity. All together, they blend eighteenth-century science (theories which, in modern times, have been debunked as wrong), alchemy and magic into a possible solution. What that solution is and how it influences the Onyx Court in the future, you will have to read for yourself.

In ‘A Star Shall Fall’, Lune is no longer the main viewpoint character. This duty is split between Galen St. Clair and the sprite, Dame Irrith, who had been absent from the Onyx Court for fifty years. This underlines the point that Lune has become more and more emotionally detached after Michael Deven’s death, who had been her one true love. St. Clair has to cope with the problem of the Dragon, his unrequited love for Lune and his father forcing him to marry. Irrith, on the other side, deals with dissenters claiming Lune no longer fit to be queen after the events in book two.

Like its predecessor, this novel plunges right in because the background of the world is already well-established. So you should at least have read ‘In Ashes Lie’ before you start reading this book. Naturally, all human protagonists are new to the reader but the fine characterisation of at least the main players makes them as recognisable as the fae characters we already know from the previous books. Marie Brennan excels in making her humans part of their period and they are not modern characters who just look the part.

The story is once again compelling and well-plotted. There are not as many flashbacks as in the previous novels, but they still support the actual story quite well and provide important insights into what led to the present events. The outcome is unexpected, well thought out and affecting. The prose is elegant, the world-building excellent and Marie Brennan’s research into eighteenth-century Britain and faerie lore is as extensive as ever and lets her paint life in London with vivid colours, without overloading the story with irrelevant details. In the front of the book, you will find a map of London and Dramatis Personae, so you can easily track the locations and look up who is part of which faction.

‘A Star Shall Fall’ is surely not for readers who want to indulge in non-stop action or a human-fae love story, but if you like historical fantasy and enjoy rich world-building you definitely should give this book a try. ‘The Onyx Court’ series encompasses four novels in all playing with different historical settings in English history. The first one takes place in Elizabethan times, the second one around the Glorious Revolution and the fourth one will describe events in the nineteenth century and, judging by the first three books, I think events will come to a satisfying conclusion in book four. I am looking forward to that, even if it means there are no more stories in this world to come after that. 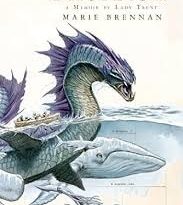 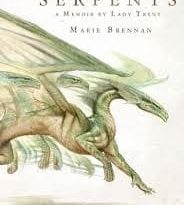 The Tropic Of Serpents: A Memoir By Lady Trent by Marie Brennan (book review). 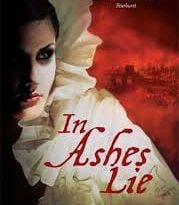 A Natural History Of Dragons: A Memoir By Lady Trent by Marie Brennan (book review).