‘Women Of The Galaxy’ by Amy Ratcliffe is a timely and welcome book celebrating the female characters who have entertained and enthralled us throughout the ‘Star Wars’ saga. It provides an in-depth look, both in story terms and behind-the-scenes, of the women who have stood up to the Dark Side or in some cases, fully embraced it.

One of the criticisms that was levelled at the original ‘Star Wars’ trilogy was how few women there were in it. You can in fact count all the female speaking roles on one hand: Princess Leia (Carrie Fisher), Aunt Beru (Shelagh Fraser), Mon Mothma (Caroline Blakiston), Jabba’s screaming slave girl, Oola (Femi Taylor) and…err…that’s it.

By the 1990s, things had changed… a little. The introduction of characters such as Mara Jade to the ‘Star Wars’ books spearheaded a rethink to the male-centric world of a long time ago in a galaxy far, far away. The prequel trilogy saw the creation of Natalie Portman’s Queen Amidala and, latterly, in ‘The Clone Wars’ Ahsoka Tano (voiced by Ashley Eckstein), padwan to Anakin Skywalker. Since ‘The Force Awakens’ erupted on to our screens in 2015, Rey (Daisy Ridley) has led the charge for more female characters onscreen and in ‘Star Wars’ novels and comicbooks.

This coffee table-sized hardback from Abrams & Chronicle Books is therefore a celebration of female characters in the saga as we know it today. Not just ‘human’ females neither, from the Hutts to the Nightsisters, all types of race are covered. Each character has been profiled by writer and ‘Star Wars’ fan Amy Ratcliffe, concisely telling the story for each of the characters, with the final paragraph often detailing a behind-the-scenes fact about the character or the actor playing them.

The stand-out piece of the book though is the artwork. Abrams has enlisted eighteen different female artists to draw the books many character profiles, sometimes as portraits, sometimes of the characters in action. These illustrations are lavishly presented here and brilliantly complement the writing to bring these characters to life.

Needless to say there will be an element of fandom for whom a book like this is a problem. We only have to look at the pathetic squealing of entitled idiots about ‘The Last Jedi’ to realise that. My only advice is to ignore the haters and give ‘Women Of The Galaxy’ a place on your bookshelf. It is beautifully illustrated, expertly written and a wonderful way to look at the ‘Star Wars’ universe from many different points of view, especially if, like me, you’re not that familiar with a comics character like Doctor Aphra. Recommended and an excellent Christmas gift for the Star Wars fan in your life. 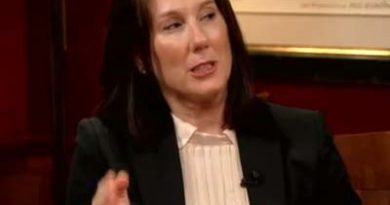 George Lucas and Kathleen Kennedy on what next for Star Wars.

Star Wars: The Jedi Mind – Secrets From The Force For Balance And Peace by Amy Ratcliffe and illustrations by Christina Chung (book review).

George Lucas and Kathleen Kennedy on what next for Star Wars.