‘Mindfulness’, a recent term designed to cover a range of meditation and breathing techniques is big business, worth now at least $1bn. The proliferation of books, apps and online content has exploded in recent years and whereas older texts such as ‘The Tao Of Pooh’ (1982), Benjamin Hoff’s exploration of Taoism seen through the lens of the adventures of Winne the Pooh and pals, was considered a novelty, tie-in books for mindfulness are now more prevalent.

No surprise then that ‘Star Wars’ should receive the mindfulness treatment and ‘The Jedi Mind’ by Amy Ratcliffe, one of Star Wars publishings most recent contributors with ‘Women Of The Galaxy’ (2018), is a new addition to the galactic bookshelves. Inside this book, Amy Ratcliffe collects a series of different mindfulness techniques such as the ‘Three Minute Stretch’, ‘Triangle Breathing’ or ‘Forest Bathing’ describing in very simple terms how to perform the technique.

This is then married on the page with some parallel with an event or character in the ‘Star Wars’ universe, most notably the Jedi. For example, on a page dedicated to ‘Mindful Immersion’, the technique of focusing one’s efforts solely on a task at hand, slowly and deliberately, Ratcliffe makes the comparison with Rey learning to lift rocks on Ahch-To, under Luke’s instruction. ‘Forest Bathing’ invites you to connect with your inner Ewok, presumably soft, cuddly and a little bit annoying.

It’s an interesting idea and certainly one that feels comfortable in the ‘Star Wars’ universe thanks to the concept of the Force. There’s always been spiritualism in ‘Star Wars’, ever since Obi-Wan informed Luke that the Force ‘penetrates us’ and a seemingly dead man issued the young lad instructions from beyond the grave. The main issue with the Force or ‘Jedi Code’ is that it’s been applied in an inconsistent way throughout the franchise’s history, thanks in part to George Lucas’ somewhat slapdash handling of what the Jedi Way is and isn’t. Therefore, some of the comparisons in ‘The Jedi Mind’ feel a little strained or might require the more casual fan to dredge the depths of their memory (ah, yes, Jedi Chief Librarian and Keeper of the Holocron Jocasta-Nu!).

What really does work in the book though are the illustrations by Christna Chung, whose clean lines and muted colours contribute enormously to the sense of calm that the book is trying to project. Her depictions of Ahsoka and Leia are particularly good and certainly elevate this whole book, in the same way Rey does with rocks.

In conclusion, you could probably get any of the techniques listed here from on-line and they would work just as well. Certainly if you are thinking about getting into mindfulness ‘The Jedi Way’ seems like a very easy way to start. I tried a couple of the breathing and stretching exercises and undeniably felt calmer as a result. The references to the ‘Star Wars’ universe are partly fun and partly a little odd, but Christina Chung’s illustrations are a delight. Pick this up for 2021 as a ‘new year, new you’ exercise, after the horrors of 2020, we could all perhaps benefit from being a little more Jedi. 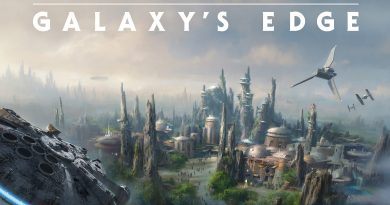 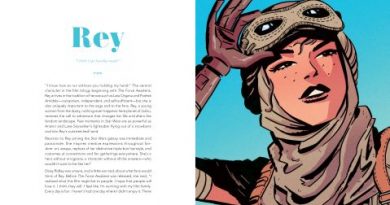 Women Of The Galaxy by Amy Ratcliffe, foreword by Kathleen Kennedy (book review).

Women Of The Galaxy by Amy Ratcliffe, foreword by Kathleen Kennedy (book review).