The newly formed wing of the US military, Space Force, has now launched its Space Fence orbital sensor system, because anything sounds better, and frankly more sexy, with the word ‘Space’ attached to it.

The Space Fence orbital sensor system is located on Kwajalein Island in the Republic of the Marshall Islands … but just telling people where it is based also lets the aliens know where to attack!

“Space Fence is revolutionizing the way we view space by providing timely, precise orbital data on objects that threaten both manned and unmanned military and commercial space assets,” General Jay Raymond, Commander of Space Command told SFcrowsnest. “Our space capabilities are critical to our national defense and way of life, which is why Space Fence is so important to enhance our ability to identify, characterize and track threats to those systems.”

Before Space Fence, the Space Surveillance Network tracked c. 26,000 objects. With the initial operational capability and operational acceptance of Space Fence, the catalog size will increase significantly, with a sensor net well-capable of detecting any newly introduced marble-sized object, so able to detect hostile alien micro-sats and postage-sized solar sail craft laser-launched from potential enemies in nearby solar systems. 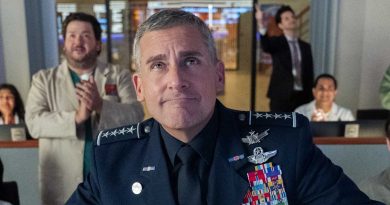 One thought on “U.S. Space Force launches Space Fence (because anything sounds better with Space in it).”