Anyone who has read Adam Roberts’ books will know not to expect a straightforward Science Fiction story. He likes to take classic SF works, such as Jonathan Swift and, in this case, Jules Verne, whom he previously referenced in 2007 in ‘Splinter’, and reinvent them in unexpected ways. He is professor of 19th century Literature in English at Royal Holloway, University of London. He also writes parodies under the name A.R.R.R. Roberts, A3R Roberts and Dan Brine and is a great punner. So you have been warned! It is, of course, very unusual nowadays to include illustrations in a novel. Verne’s books were illustrated but, in those days, it was probably felt that readers needed some sort of help in visualising such outlandish concepts as spaceships or submarines! This is no longer the case and it could be said that here the illustrations interpret the text rather too literally, Roberts’ writing being more ambiguous and obscure. Mahendra Singh has produced a graphic novel version of Lewis Carroll’s ‘The Hunting Of The Snark’, as well as illustrating many works of fiction and non-fiction, so is well suited for this book. His illustrations here are black-and-white line drawings but using a fine, sometimes dotted technique which gives an overall grey effect. They are good and fit the mood of the book but occasionally seem to show something which, although described at an earlier point in the text, does not actually turn out quite that way. Perhaps this is intentional?

The story takes place in the 1950s but ‘not as we know them’. The Plongeur, an experimental French submarine, powered by an advanced ‘atomic’ engine, is making its maiden voyage in the Atlantic, led by Captain Adam Cloche. Its all-male crew, an eclectic bunch consisting of eight sailors plus two Indian nuclear scientists, Amanpreet Jhutti and Dilraj Ghatwala, who designed the ship, and an ‘observer’, Alain Lebret, who reports directly to the French Minister for National Defence, none other than Charles de Gaulle. It is around M. Lebret, who clearly has his own hidden agenda, that much of the later story centres, despite the fact that during an argument about half-way through the book, he is shot, apparently dead, by Ensign Billiard-Fanon.

They submerge and, at first, the test dive seems satisfactory but then the ship becomes locked into descent mode. Unable to control it, they travel deeper and deeper…and deeper…far beyond any depth that would be considered possible. Tumbling and twisting, the vessel creaks and groans and they fear for their lives, yet somehow they live and continue to sink; not just to hundreds of metres, but to thousands and then millions of kilometres. Clearly impossible as, apart from imploding due to the immense pressure of the water, they would by now have travelled right through the Earth! To say more about where they end up and what happens would be giving too much away, so I won’t, except to say that they encounter many strange and unexpected phenomena.

The story is much more about the characters than the physical environment. As one would expect, the claustrophobic surroundings and the inexplicable circumstances lead them to behave in various different and often unpredictable ways. In order to survive, they need to cooperate but instead they become fractious, suspicious, argumentative and even delusional. Religious mania raises its head. Roberts is clearly in his element when writing about these human interactions and posing problems which the reader may or may not be able to solve. If one tries to apply a scientific solution, I suppose that an alternative universe or multiverse (which is hinted at) is the only viable option but that is not what this clever book is about. Have all the crew passed into an afterlife? Is it all a hallucination? Far better to forget any thought of a plausible solution, immerse yourself in its psychedelic strangeness and hope you come up for air! 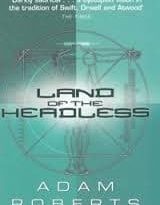 Land Of The Headless by Adam Roberts (book review) 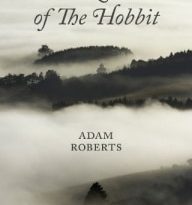 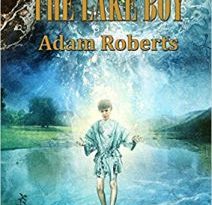 By The Pricking Of Her Thumb (A Real Town Murder) by Adam Roberts (book review).