The next Doctor Who companion will be revealed exclusively live on BBC One tomorrow (Saturday 23rd April 2016) in half-time of the FA Cup semi-final MOTD Live: Everton v Manchester United.

The Dr Who spokesperson for the BBC, Miss Tamers, noted that displaying the reveal during a mid-time for the fans’ much loathed sport of football was the BBC’s way of punishing Whovian fans.

“Anyone who worships that floppy frock-coated Gallifreyan rogue and do-gooder deserved to be spanked,’ said Miss Tamers. ‘Placing this reveal in the middle of a football match is the BBC’s way of displaying total contempt for those filthy Whovian geeks. Hopefully, it’ll trigger some painful flashbacks back to the time when they were lined up against a sports hall wall and were last to be picked for the team, with both captains arguing that they didn’t want the clumsy fool on their side. Yes, that’ll teach the dogs.’

The match will kick-off at 5:15pm on BBC One, for anyone who wants to see two packs of young spoiled multi-millionaires kick around a dead pigs’ bladder between each other. 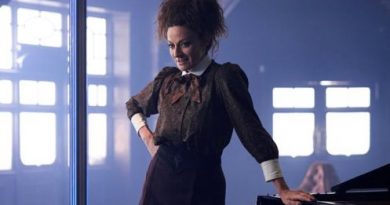 Doctor Who season 10 episode 8. The Lie Of The Land by Toby Whithouse. 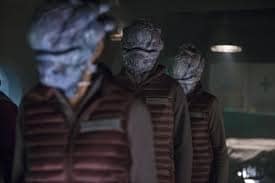 Doctor Who: Last Christmas by Steven Moffat (Doctor Who review).

Doctor Who: Series 12 (or 37 depending on how you count): Episode 10: The Timeless Children by Chris Chibnall.