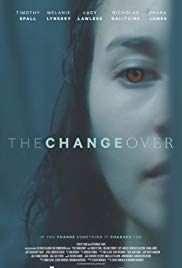 The Young Adult (YA) film genre has had its ups and downs throughout the years in all kinds of categories that range from robust youthful romance to high-minded SF themes. More often than not the YA film phenomenon strains to pander to its targeted demographics. Some are effortless in creating such a massive draw, witness the highly popular ‘Twilight’ movie series for instance. However, there appears to be a rare occasion where a YA film can genuinely embrace its intrinsic soul-searching fright rooted in creepy contemplation.

Co-director/co-writer Stuart McKenzie and co-director Amanda Harcourt are the resourceful handlers behind the refreshingly horror-tinged coming-of-age fantasy/horror/science fiction sideshow ‘The Changeover’. This quaint and unassuming sleeper-of-a-creeper is magical and mystical in its curious presentation courtesy of its New Zealand-based leanings.

It convincingly concocts an underlying case of adolescent conflict within the chilly boundaries of its supernatural eeriness. The low-key suspense and sense of anguish and despair is grounded in a YA slice-of-life turbulence befitting of a working-class utopia plagued with turmoil underneath the surface.

‘The Changeover’ is based upon Margaret Mahy’s touted 1984 young adult novel by the same name. Both McKenzie and Harcourt add some colourful heft to the movie adaptation that emphasises the trials and tribulations of suburban paranoia and the rescuing of one’s personalised torment in the tainted psyche of a cursed teenage girl battling growing pains with morbid mysticism.

The haunting elements are there to ensure that the narrative’s undercurrent spookiness is realised and pronounced in thought-provoking mode. Demonic rituals, omnipresent witches, black magic, familial strife, identity alienation…all reinforced and situated within the riveting realm of the film’s twitchy tenacity. Indeed, ‘The Changeover’ casts a tingling spell that fruitfully registers in its disturbing quietness.

The setting for post-apocalyptic goings-on in Christchurch, New Zealand is undeniably edgy and confining to say the least when considering the unsettling existence of disillusioned teenager Laura Chant (played wonderfully by Erana James). Young Laura has psychic powers that are compounded by her worries for her overactive little brother Jacko. In the meanwhile, Laura’s divorced mother Kate (Melanie Lynskey) works unforgiven hours at the local bookstore leaving her two offspring to wallow in self-inflicted angst. Still, Laura’s focus for Jacko will soon test her fortitude for protecting her family foundation in general. She will enlist some assistance in her endeavors to maintain order that threaten to morph into disorderly domestication.

So what is at stake regarding poor Jacko’s safety that propels big sis Laura to spring into action? Well, it is in the form of a seemingly accommodating stranger named Carmody Braque (Timothy Spall). The menacing Braque decides to hex the young lad therefore causing the boy’s lackluster flow of energy to persist. Specifically, Jacko is being drained by whatever poisonous entity that is being saddled in his little body. Lethargic and vulnerable, Jacko must depend on Laura’s available techniques to quell the crippling spell that the monstrous Braque bestowed on the beleaguered boy.

Thankfully, one of the ready-made solutions to tackle Jacko’s inner pesky spirits involve Laura enlisting the help of the son-mother combo the Carlisles. Classmate Sorensen (Nicholas Galitzine) and his Mommy Dearest Miryam (former ‘Xena: Warrior Princess’ global star Lucy Lawless) are witches that give the young girl some valuable albeit questionable advice.

They inform Laura that she has to gain her own sorcery abilities as a witch to deal with the maniacal misfit Braque. This will be a tall order for Laura to accomplish because of the unpredictability of such an untested feat. Nevertheless, Laura has to comply by what the Carlisles suggested if she is ever going to save Jacko from his precarious predicament.

Consequently, ‘The Changeover’ effectively works due to the casting of able players conveying such believable woundedness within the scope of the film’s dubious dilemma. As the youthful lead, James is intriguingly worthy as the introspective teen invested in both her concerns and emotions as she establishes a viable connection to the low-level calculating chaos that gradually arises. She is the centre of self-doubt in her organic heroics and James allows the tension to crackle with poignancy. Lynskey is equally skillful as the defeated mother labored by her youngsters’ troubles.

Spall’s villainous Braque is transfixing as the oily weasel whose wizardry handcuffs a transitional family in peril. It is nice to see aforementioned ‘Xena’ TV icon Lawless on the big screen looking radiantly mysterious as an elder sorceress figuring into the mystic mix. Galitzine’s Sorensen plays off of James’s Laura with adventurous aplomb.

It is not often that a YA-based SF/fantasy/horror spectacle is received with a satisfactory amount of fleshed out characterisations to accompany the nail-biting action with adequate evenness. New Zealand’s ‘The Changeover’ is a character-driven frightfest at its small-scare creative core. 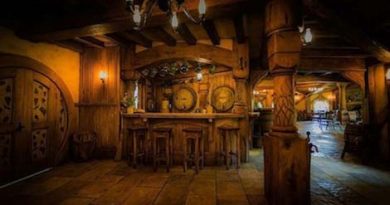 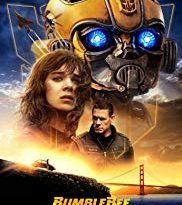