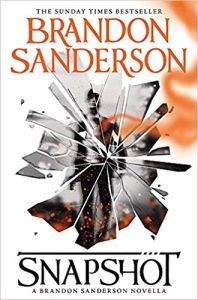 Although the process isn’t explained, a virtual reality snapshot is made of part of the city and police detectives Davis and Chaz are in it to look at various crimes as they happen so as to tell the outside police force to pick up the perpetuators. Think of it as a live-Matrix. The people of the digital reality carry on as per normal, although those who have to be told what they are do have a tendency to commit suicide. Chaz is also a bit trigger-happy and occasionally shoots someone, knowing he hasn’t killed the original.

The problem comes when they find several dead bodies soaking in an underground swimming pool that hasn’t been reported and they are told to ignore it from outside. Red flags to bull cops and they seek out more information. From there on, is spoiler.

I have to confess that I was a bit confused by the ending. I don’t think I’m especially thick but there were no obvious signs as to what was going on, as Sanderson’s afterward had to explain it. Never a good sign.

For Science Fiction, not giving some sort of explanation of how and why the virtual reality is created is worrying itself. Think of it as running a computer scanner over your town or city and making an exact copy of buildings and people. Are people’s rights with no permission to do such a thing going to be so easily violated in the future? If such a device exists, why just use it for police work?

Surely its use would manifest itself in other ways. That might not be pertinent to the story but could at least be referenced. Likewise, if the Snapshot is known by the public, wouldn’t people commit less crimes as they would be so easy to spot? If you’re going to write something deep, then there’s a lot of things to account for or at least acknowledge when creating a Science Fiction story.

I suspect Sanderson thought he had a good idea for a SF story and, based on how quickly he writes, just spun it without thinking beyond the superficial idea which is a shame as it does need the extra depth when it comes to world-building. 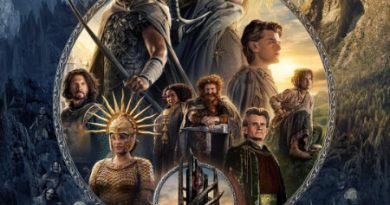 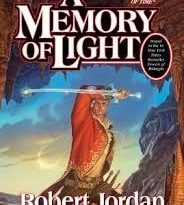 A Memory Of Light (The Wheel Of Time book 14) by Robert Jordan and Brandon Sanderson (book review). 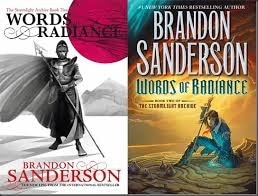 The Rithmatist by Brandon Sanderson with illustrations by Ben McSweeney (book review).