The strange medical condition portrayed in the film ‘Ode To Joy’ is a real thing. Charlie has cataplexy, one form of narcolepsy, which drops Charlie into a seizure as a reaction to any strong emotion, especially that of joy. Charlie has long suffered from cataplexy. His friends and family know how to take care of Charlie whenever his neurological condition suddenly knocks him unconscious.

Charlie knows that though he envies his friends who can enjoy their friends and family he can never enjoy n normal relationships with them. Directed by Jason Winer and written by: Max Werner. 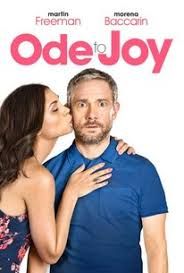 I have to admit that I have always found the titling of Beethoven’s Ninth Symphony just a bit puzzling. Why would we need an ‘Ode To Joy’? I would have thought that joy was the one commodity that just about everyone would be in favor of. We all love joy. We may get it from a wide variety of different means and sources, but what good is life if not for the getting of joy?

It is this right is even in the United States Declaration of Independence. We only write odes to things of controversial value, notably something like a Grecian Urn. But in the film ‘Ode To Joy’, we meet a man who paradoxically does not get joy from joy and love. Charlie suffers from a form of narcolepsy that makes him sleep when he feels happy.

Charlie is a little nebbish librarian who suffers from cataplexy. He works in the Brooklyn public library. Charlie has worked out a number of clever tricks to depress himself when he needs to in an emergency. P

eople who know Charlie like him, but there are not many of these friends. One day, a couple arguing over their personal relationship and who are breaking up wander into the library for a place to argue. The woman is stunning dark-haired woman and Charlie would like to meet her but he dares not start on a path that will lead him to constant seizures.

Charlie’s cataplexy forces him to avoid getting joy from his own joy and love. He has cataplexy. This is a subject matter that creates some unique writing problems for the writer, Max Werner. Market forces require that it will be more or less necessary for Werner to put a happy ending on this film. This would require the lead character to be in a happy situation, a situation that gives him a certain amount of joy.

But the rules of this universe do not allow Charlie to experience joy. So how is Werner going to have a happy ending or will he forgo the customary happy ending? Charley is played by Martin Freeman, which makes him one of the few British actors of his age who was not in ‘Harry Potter’. He did, however, play Watson in ‘Sherlock’.

This story first appeared in very different form as a chapter of the ‘This American Life’ podcast, ‘I’ve Fallen In Love And I Can’t Get Up’. Below I provide a link for the episode, www.thisamericanlife.org/409/held-hostage/act-three-0, which told the story of Matt Frerking on whom this film’s Charlie is very, *very* loosely based. I rate ‘Ode To Joy’ a +2 (-4 to +4) or 7/10.