Back in the day, I first got sight of Michael Golden’s artwork when he appeared at Marvel doing the first 12 issues of ‘The Micronauts’ in 1979. Stylish, expressive and action-packed. Who cared it was based on a toyline, more so as the key characters weren’t toys. From a Marvel perspective, we were used to characters living in miniature worlds. The art by Golden was the hook. 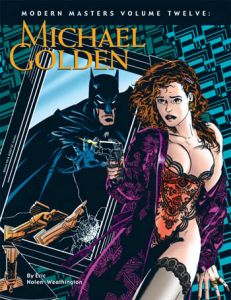 Reading the first of a series of interviews in ‘Modern Masters Volume Twelve’, the most contact he had with comicbooks when young was Herge’s ‘TinTin’ in ‘Children’s Digest’ yet Golden had a talent to draw. He also had to be dragged into the profession, as he was working as an electrician, and was working from the onset, first with DC Comics, before moving to Marvel after the implosion, where his work came out first. Golden is also good at inking and prefers to ink himself when he can. Oh, he created Rogue for Avengers Annual # 10, seeing her as a throwaway villain than someone who would last.

As it was after my time, I hadn’t realised Golden had also worked as an editor at DC Comics and an art director at Marvel. In many respects, I do think that creators should have the opportunity if they chose to use it to spend some time at the business end, if only to watch and see what happens to their work and some of the decisions carried out.

Finally, a 48 page portfolio of Michael Golden’s art. Retrospectively, putting a handle on what identifies Golden’s artwork is a lot harder. He likes intricacy and kinetic art. Very occasionally, his liking for cartoons comes out in some of his eye expressions. Oddly, if his convention sketches are anything to go by, few people ask him to draw the likes of Bucky O’Hare or even Howard The Duck, but he is more than able in that direction.

If you want to get a handle on Michael Golden, that this book more than does this and worth investing in. 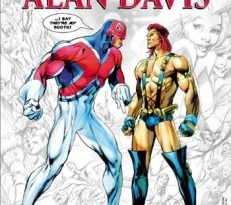 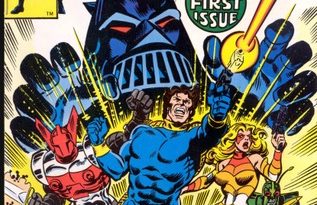 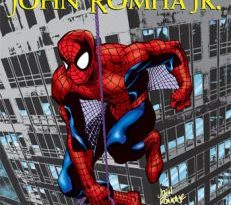