Mira Furlan, the actress who played Minbari Ambassador Delenn in the SF TV series ‘Babylon 5′ and marooned scientist Danielle Rousseau in ‘Lost’, has passed, as reported by J. Michael Straczynski and then confirmed on Mira’s own Twitter account.

The cause is described as a ‘long illness’, so although it’s unsaid, horrible cancer appears to have taken her.

Mira originally moved to New York City to flee the civil war in Yugoslavia, where she was born. She was active in the Yugoslav feminist movement in the 1980s and was more or less chased out as a pacifist not being in patriotic favour of all the nastiness of the brutal conflict.

‘All life is transitory, a dream. We all come together in the same place, at the end of time. If I don’t see you again here, I will see you in a little while, in a place where no shadows fall.’
– Delenn, Babylon Five episode: ‘Confessions and Lamentations’

It is a night of great sadness, for our friend and comrade had gone down the road where we cannot reach her. But as with all things, we will catch up with her in time, and I believe she will have many stories to tell us, and many new roles to share with the universe. pic.twitter.com/HyQlqyC19v 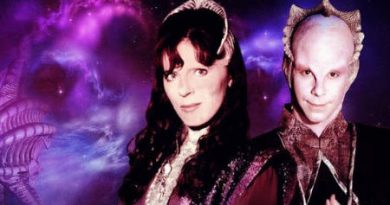