Here’s an odd little fantasy/scifi movie called Mayday, which looks like a modern update on the Sirens’ island in the Odyssey, mixed with an episode from the old TV series Lost – a bunch of once put-upon young women live on an island, luring passing sailers to their deaths, and then hunting down any survivors who land on their shores.

Turns out this work isn’t for everyone. 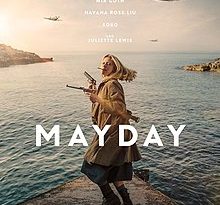