Skip to content
You are here:Home » Lost In Time And Space by Matthew J. Elliott (book review).
Books Doctor Who
May 27, 2020May 30, 2020 SueDavies Lost in Time and Space, Matthew J Elliott 1 min read
302.9k
SHARES
ShareTweet

The book you didn’t know you wanted or maybe you did. ‘Lost In Time And Space’ is one writer’s effort to plug those mystifying gaps between the televised adventures of the famous Doctor. Taking as its premise that we have seen only selected adventures, Matthew J. Elliott has combed through the episodes from the very beginning to explain just how the Doctor is able to both demonstrate knowledge and reminisce about those missing moments. 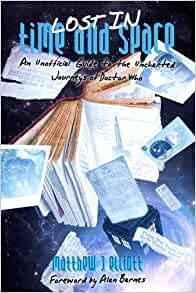 It’s unofficial and a labour of great love. I have no idea if it’s accurate and I don’t care, although I’m sure some nit-picker will, about the errors if there are any. It is tremendous and scarily addictive which could lead you down a long dark rabbit hole.

There is a chapter for each Doctor and one for the also-rans, those confusing continuity lumps caused variously by a technician strike like ‘Shada’ and the tendency to wheel out the Doctor in fundraising skits.

To blow your mind further, this new discontinuity guide ropes together the novels and the audios to boost the history between the episodes. It’s quite mind-blowing and I’m curious to know if Matthew J. Elliott had a massive spreadsheet. This is definitely for dipping into as reading the whole thing will give you a headache.

‘Lost In Time And Space’ is an updated reprint of the original 2014 edition which includes all Doctors, now there’s a controversial statement, up to and including Jodie Whittaker and it was published in 2019. The 2014 introduction by Alan Barnes touches on something that has lately been highlighted by stunning revelations about the Doctor’s past lives. He states it’s obvious the first episode seen by the viewers in 1963 was not the Doctor’s first adventure. This book ties in closely with the wriggling and reimagining of the Doctor in the latest series and drags in the idea of the unreliable narrator, too. Sometimes during a quiz you know an answer but you have no idea why and who knows if it’s a previous regeneration that gave us the knowledge. Think on that. 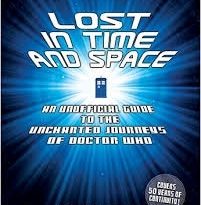 Lost In Time And Space: An Unofficial Guide To The Uncharted Journeys Of Doctor Who by Matthew J Elliott (book review).

Lost In Time And Space: An Unofficial Guide To The Uncharted Journeys Of Doctor Who by Matthew J Elliott (book review).