With the plethora of dark fantasy novels that have vampires in the mix, it is becoming increasingly difficult to be original. This is why some authors, such as Seanan McGuire and Keri Arthur, have shied away from making the vampire the focus of the novel, preferring to concentrate on exploring the habits of other supernaturals. It is even more difficult to be fresh when a sequence of novels reaches twenty-five. 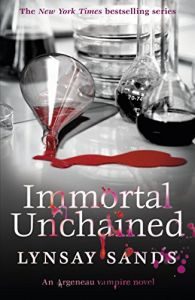 Strictly speaking, Lynsay Sands has embarked on a massive family saga, which just happens to have vampires at its heart. All that is missing from this volume is a copy of the family tree (you can find one online). Her vampires have a scientific origin in that in the far distant past technology was far in advance of even what humans have achieved today. Before the continent of Atlantis was destroyed, they developed nanotechnology. The machines in their blood rebuild and repair tissues allowing them to stay young and be almost immortal, although they can be killed. They do need to feed on blood as the nanites are energy hungry and this is an effective fuel for them. The vampires are also very sexual characters. Expect eroticism in these volumes.

Many of these volumes involve members of the Argeneau Clan finding their life-mates. Each vampire is only allowed to infect one person with nanites and this is usually their life-mate. This is one of the weaknesses of the biological system and we are told that they instinctively know who it is. In ‘Immortal Unchained’, Domitian is the focal vampire. He has been waiting for his life-mate for over two thousand years. This is Sarita Reyes, who he first sees and recognises when she is only a child. Instead of claiming her, he waits for her to grow up. His intention is to woo her before revealing what he is. Although he has kept in touch with her life, he has deliberately refused to have pictures of her as he doesn’t want to appear as a creepy stalker.

Domitian’s plans are thrown off course when he is captured by Dr. Dressler while helping in the search for family members who have disappeared in the Caribbean region. He wakes up on a luxuriously appointed island with a strange woman to whom he is immediately and lustfully attracted, although he doesn’t realise it. The woman is Sarita who has been lured there by being told that her grandmother, who works for Dressler, has been injured in a fall. Both of them find that the only clothing they have been provided with is very skimpy swim and nightwear. Nevertheless, despite having almost no resources, the two team up to try to escape.

Although they are unaware of the purpose for marooning them on the island, they discover that they are being constantly monitored. Dressler, it seems, knows they are life-mates and wants to observe the process of their bonding and since sex between Domitian and Sarita is inevitable the reader can expect some very steamy scenes.

It isn’t necessary to have read all the books in the series to enjoy this one as each is relatively self-contained. They are supernatural romance novels so if that is to your taste, this is worth trying. 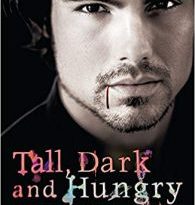 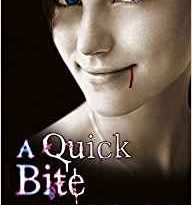 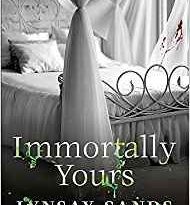