As with the SFCrowsnest Forum in recent years and this time there and here on the SFCrowsnest.org.uk, my comments on the latest season of ‘Doctor Who’. These will mostly be impressions – here’s my Doctor one, still ‘Geronimo!’ – rather than intentional plot spoilers. If you’re living in a country that hasn’t seen these episodes yet, read with caution but with my comments I’m going to say too much on some things related to what plot there is. If you can watch it first, that’s even better.

Frozen Ice Warrior freed from his block of ice harkens back to the 1960s ‘The Seeds Of Death’ with shades of ‘The Thing’ and then when it gets out of its armour to ‘Alien’ but not really adding anything from any.

Did Grand Marshall Skaldak have a grasp of Russian from the TARDIS’ language translation circuit even after it dematerialised? There’s also a secondary problem, if he was so high-ranking, why didn’t he resemble the smaller version as seen in the original ‘The Curse Of Peladon’ story? Then again, saying Skaldak was in a mechanoid body probably gives a cop-out that he was ready for action. The problem with this ‘cybernetic body armour’ makes the Ice Warriors have stronger similarities to the Daleks than the Cybermen.

If Armageddon is so close, what about established moments in time and there are more beyond 1983 that couldn’t be messed with that the Doctor clearly would know about? This regeneration is clearly losing his effectiveness between seasons that I’m wondering if he is actually the Time Lord. I mean any earlier regeneration would have disabled the nuclear missiles without waiting for the Ice Warriors to do it and showing some clear senility or he’s not the real one. The distraction is wondering what Clara is rather than wondering what or should I saw who the Doctor is?

There are a lot of wasted opportunities here just to disrobe an Ice Warrior, which we also never clearly see other than head and arms, who will no doubt be shown to be an off-shoot of the Silurians now which doesn’t sound so crazy as it might seem considering that they survived the original Ice Age.

With the season already in the bag, I hope thoughts for the next season are towards making stronger plots than the fluff that is developing here. There’s far too much character moments than strong plots which ‘Doctor Who’ clearly needs for 50 minute episodes. 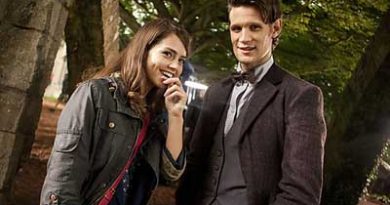 It’s a Dr Who Easter! 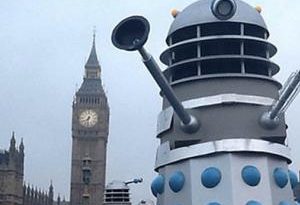 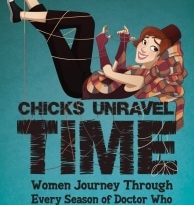 Doctor Who: Last Of The Cybermen by Alan Barnes (CD review).