Filming of 2012’s Doctor Who Christmas episode, written by Steven Moffat, starts this week with two new stars joining the show. Richard E Grant has starred in around eighty film and television series including Withnail And I, The Scarlet Pimpernel, Jack & Sarah, Gosford Park and The Iron Lady. Richard will be playing the special’s villain, and informed rumour has it that he might be an updated Master!

Also joining is Tom Ward, who starred in BBC One’s Silent Witness as Harry Cunningham. He joins the Doctor, still played by Matt Smith (although that is rumoured to change with the full new series), and the Doctor’s new companion played by Jenna-Louise Coleman.

Richard told the Nest, “I played Doctor Who in the digital animated Scream Of The Shalka and I’m honoured to be in the Christmas Special.” 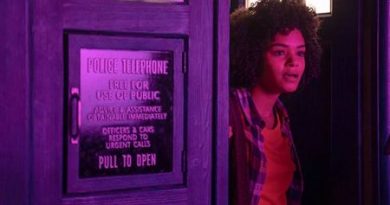 Doctor Who: Series 12 (or 37 depending on how you count): Episode 6: Praxeus by Peter McTighe and Chris Chibnall.