Skip to content
You are here:Home » Doctor Who will be a BBC and Disney Plus co-production, going forward (news).
Doctor Who TV
October 26, 2022 ColonelFrog Doctor Who 1 min read
357.9k
SHARES
ShareTweet

Two entertainment behemoths, the BBC and Disney Branded Television, have teamed together to make Doctor Who a worldwide franchise for both UK fans and the rest of the globe.

With Disney+ serving as the official home for new seasons of Doctor Who outside of the UK and Ireland, they will offer this very British programme to future generations on “an unparalleled scale” under a “shared creative vision”. The news marks the start of a new partnership between BBC and Disney Branded Television and was announced by Ncuti Gatwa, the next Doctor Who, during an appearance on Live with Kelly and Ryan.

It will run under the vision of returning showrunner Russell T Davies, who assumes command of the TARDIS in 2023.

For viewers throughout the globe, the new episodes will begin airing on the BBC and Disney+ in late 2023.

Russell T Davies told SFcrowsnest, “I love this show, and this is the best of both worlds – with the vision and joy of the BBC and Disney+ together we can launch the TARDIS all around the planet, reaching a new generation of fans while keeping our traditional home firmly on the BBC in the UK.”

Alisa Bowen, President at Disney+, added, “We’re excited by the opportunity to bring new seasons of this beloved franchise exclusively to Disney+ and introduce the show to the next generation of audiences in more than 150 markets around the world. The series is a perfect addition to our ever-growing catalog of global content that continues to make Disney+ the home for exceptional storytelling.”

Following three specials in which David Tennant portrays the Fourteenth Doctor, Ncuti Gatwa will take over as the Fifteenth Doctor for the holiday season.

They’ve also dropped a new joint Dr Who logo to go along with this rather interesting partnership. 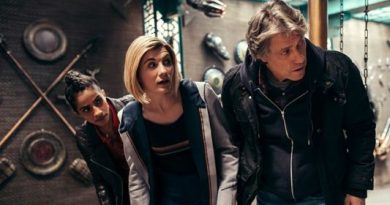 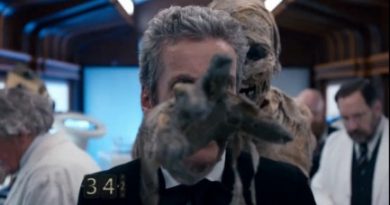 Doctor Who: Mummy On The Orient Express – The Spoiler Review by John Rivers (TV review).

A History: The Unauthorised History of The Doctor Who Universe (third edition) by Lance Parkin & Lars Pearson (book review)