The 36th Arthur C. Clarke Award for best science fiction novel of the year has been announced.

The prize was awarded by Dr. Glyn Morgan, exhibition curator for the Science Fiction: Voyage to the Edge of Imagination exhibition (now on view at the Science Museum, London), at an awards ceremony where the winner was announced.

Harry Josephine Giles wins a trophy in the form of an engraved bookend as well as prize money of £2022.00. As part of a tradition started in 2001 in honour of Sir Arthur C. Clarke, the prize money is increased yearly.

Dr Glyn Morgan told SFcrowsnest, “It’s really exciting to bring the Clarke Award back to the Science Museum as part of the launch celebrations around our landmark new science fiction exhibition. It feels like the genre is more relevant now than ever. Not only are the issues it grapples with routinely the topic of headlines and popular discussion, but the modern genre is also more energetic and vibrant with a diverse and more representative range of writers. Today could be science fiction’s most important era as it equips our global culture not only with blockbusters and bestsellers, but also with the tools to imagine the future and choose a path for ourselves, our societies and our world.” 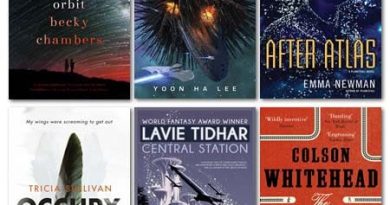 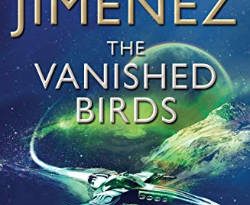 The Animals In that Country by Laura Jean McKay is the 35th Arthur C. Clarke Award winner (awards news).