Skip to content
You are here:Home » Doctor Who: Series 11 (or 36 depending on how you count): Episode 10: The Battle Of Ranskoor Av Kolos by Chris Chibnall.
Doctor Who TV
December 9, 2018December 10, 2018 UncleGeoff Chris Chibnall, Doctor Who 3 min read
605.7k
SHARES
ShareTweet

Has anyone else thought that this season has rushed by? OK, then it’s not just me.

The Team TARDIS arrive in the far future, 3407 years after they left the Earth present, although the Doctor doesn’t tell them that. Be careful as there has to be spoilers. 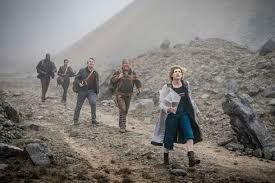 They arrive on a disabled starship and the Doctor equips them all with neuro-breakers to stop them being affected by whatever is on the planet. They also meet the ship’s commander, Paltraki, who is suffering the confusion until the Doctor gives him a neuro-breaker as well. With the enemy revealed as killing Paltraki’s crew one by one unless he gets an object back, the Doctor decides he needs to be stopped and takes the object with them. The enemy comes from the first episode, just to avoid a spoiler and he wants revenge against the team. He has used them to miniaturise several planets and that is not a good thing and the Doctor has to work out a way to sort this out. 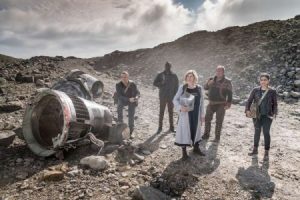 Ultimately, the solution comes from the two immortal telekinetic Ux who don’t appear that bright as they seem to be taken by the real enemy and regard him as the Creator. This is also Graham’s euphony…of sorts but that’s also too much information, In fact, there are far too many reveals here. Every time I think I should say something, I’m going to spoil it for someone.

There is some confusion because of the pace. You think you’re going to see a lot of Paltraki but he quickly gets side-lined and so much is misdirection and a lot going on. Even the enemy gets side-tracked. You would think with some 3407 years passing, there might have been a lot more thought into the enemy’s master plan to get revenge. I mean, that’s a long time and all he comes up with is this plan. You can do a lot in that time instead of just vegetating. If anything, this is probably writer Chris Chibnall’s major confusing episode of the entire season. Yes, it does make sense but there are so many threads here that take too much time to draw together. Think of it as like a jigsaw with each part shown but not how they will handle themselves until the finale.

Pay attention to the opening gadget on the table when they arrived, as there’s a homage to the first ‘Alien’ film. The outside of the spaceship looks like a ringer for the Nostromo at the end as well. I do have to wonder how the Doctor thinks her friends can be expert on alien spacecraft. The power of the Ux reminds me of the reality shifters from Logopolis only with great power doesn’t necessarily follow great intelligence and how can they stay that way for centuries on end. You would think after so many centuries that they might have heard of Time Lords. I mean, everyone else has.

Although I will leave my collective thoughts for the season until the New Year episode, I do think Chibnall does get away with getting complete stories into 50 minutes which was one area of concern with so many cast last year. Even so, he does do it the way I suggested by dividing the cast up so they get their own scenes. You really can’t do it any other way. I’m still debating with myself as to whether this is a weak or strong episode but that’s largely because so much is going on which makes the other episodes more clean cut. As a finale, Chibnall has used it to remind us that ‘Doctor Who’ is Science Fiction. 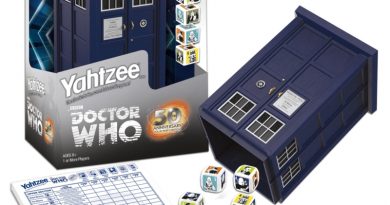 Doctor Who has a Monopoly! (board game)

Doctor Who: The Power Of The Doctor by Chris Chibnall (TV review).

Doctor Who: Mummy On The Orient Express – The Spoiler Review by John Rivers (TV review).