Another unseen adventure that might form the core of the tales of Team TARDIS, ‘Molten Heart’ is a great story that presents the four travellers as a team who show great maturity as they deal with the very unexpected. 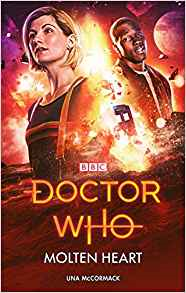 From the opening, where we observe the travellers in the TARDIS, to the introduction the beautiful world of Adamantine and we are drawn into the adventure. The people who live below the surface of a very ordinary planet are made of rock but they are not stony-faced. The team meet Ash, a living being who doesn’t see them as different and wants to help. This is the kingdom of Adamantine with its capital Diamond City with incredible crystalline features. Its inhabitants bathe in lava seas and enjoy the twinkling ‘stars’, not realising just how different they are.

There are threats to the kingdom. On one side, unexplained breaches into the underworld and, on the other, a leader who doesn’t believe in the surface and tries to clamp down on dissident beliefs. It’s up to the Doctor, her team and the plucky Ash, whose own father has disappeared in his quest for the truth, to save the day.

‘Molten Heart’ is a nicely constructed story which celebrates and examines difference, prejudice and the importance of truth. It’s not preachy, though, so no worries that your little ones will think you are trying to educate them. Written for the younger-than-me reader, it deftly moves between the characters and the dialogue is sharp. The relationship between the four travellers is joyful and is obviously reinforced by watching the TV series. It’s not a long read but feels like an episode of the show, albeit a packed one. 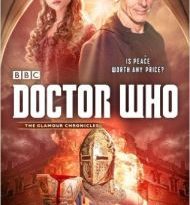 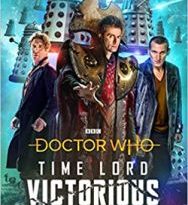