A review copy of Brick Journal # 53 arrived in good time to coincide with the return to TV of ‘Lego Masters’, which I enjoyed watching last year. ‘Brick Journal’ is packed with articles about and interviews with Lego model designers, instructions for various models and other Lego-related articles of interest to AFOLs (Adult Fans of Lego). Like many special interest groups, there’s a whole lexicon of acronyms and Lego-related terms, but there’s a convenient glossary at the front. 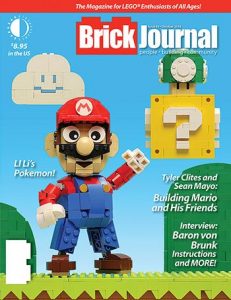 This issue concentrates on Lego models inspired by video games and features such characters as the Mario Brothers and Donkey Kong. What I enjoyed about the articles was the enthusiasm. The model builders, designers and collectors have a passion for their work and they write with an acknowledgment of their perceived geekiness, happy to share their experiences with other enthusiasts.

Some of the articles were contributed rather than produced by an editor, which gives them an individualistic style reflecting their own personality rather than sticking to formal rules of grammar and journalism.

For someone like myself, who’s not immersed in the world of Lego, I sometimes lost track of some of the terminology used in the articles and interviews, but that would be the case for any specialised magazine. There’s already the aforementioned glossary, so I can’t really expect the magazine to cater for my limited understanding of the lingo.

There were lots of references to on-line Lego forums and websites of various kinds that would obviously provide as much information as you could ever need on the subject.

Although this magazine would obviously be of interest to anybody keen on building Lego models, particularly customised sets or MOCs (My Own Creations), its main focus is on the more advance end of designing and creating, for which you’d need to buy a whole host of specialised or at least specific bricks to put something together.

This doesn’t sound like the kind of hobby that someone with a random box of Lego would get very far with. Our huge box of Lego at home has all kinds of bricks in it, but I don’t think we could build any of the designs included in this magazine.

As a whole, it was an interesting dip into the fannish world of Lego, with lots of ideas and suggestions, but not necessarily for somebody starting out with little knowledge of the subject. Perhaps such people don’t exist or maybe Lego lore is in-built. Either way, it’s a great-looking magazine with lots of photos and illustrations and friendly, engaging articles. 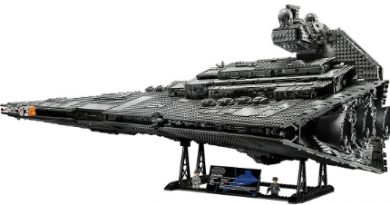 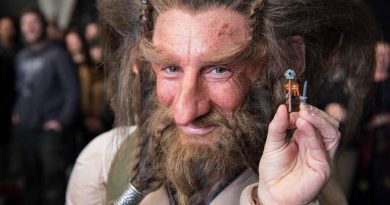 The Hobbit cast get it on with their Lego Minifigs.

The Hobbit cast get it on with their Lego Minifigs.