Author William Gibson often tells the story about about how he was just about to finish his first full length cyberpunk novel when the original Bladerunner movie came out. He went to see the flick in the cinema and nearly gave up the idea of trying to publish his book half-way through the movie, thinking “Everyone who reads my book now will think I just ripped off Bladerunner.”

Luckily for the genre, Gibson’s wobbles vanished and he got that novel published, firing the starting gun on the mainstream cyberpunk revolution.

From the look of the trailer, this new film catches up with the genre and gives us a double helping of that original cyberpunk revolution. Corporations as governments. Check. Assassins. Check. Big interactive floatie hologram adverts. Check.

Roll on the release date. 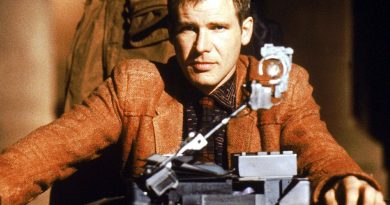