Back Issue # 114’s theme is the black super-heroes of the 1970s. Hardly surprising then that Luke Cage gets the centre-point. Anyone missed in this issue is appearing # 117 and there’s a checklist for the other 17 characters on the letters page and what issues they appeared in. A couple of them have appeared before. 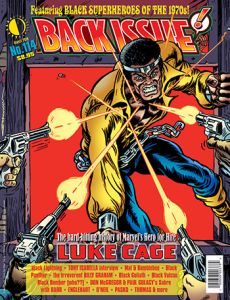 Luke Cage’s comicbook history is explored up until he meets Iron Fist by writer Dan Hagan, which has been dealt with in an earlier issue. Billy Graham (1935-1997) inked George Tuska’s pencils to ensure Luke Cage had the right ethnicity and his career is also explored. As writer James Heath Lantz notes, his appearance in comicbooks encouraged other black artists into the business. Seeing his own work here, Billy Graham was a good all-rounder.

An odd piece by Robert Menzies explores the change in clothes with ‘Panther’s Rage’ was given in the backslot when reprinted in the UK’s ‘Planet Of The Apes’ comic. The changes were mostly because of a more younger readership and I suspect more to do with not upsetting parents than kids who probably wouldn’t have noticed.

Next, we look at Bill Foster, who also rivals his mentor, Henry Pym, for the various code-names he went under when he got his size-changing powers: Black Goliath, Giant-Man II and Goliath III. If he wasn’t stuck with a colour prefix then he got caught by a number. I can’t recall Clint ‘Hawkeye’ Barton ever being called Goliath II. Foster was created in 1966 to help Pym sort out him being stuck at 12 feet tall but didn’t gain his powers until 1975.

Reading his history by Dan Tandarich, you do have to wonder why Foster never shrunk in size to take advantage of all his size-changing abilities. Even so, reading his time-line brought back some interesting memories and even though Foster himself thinks he’s only second-string, I always thought he had some potential. A rarity in the Marvel Universe, a scientist with few hang-ups.

Lest you think this is all about Marvel Comics, we swing over to DC Comics and a look at Mal Duncan, another character with multiple codenames like the Guardian and Hornblower, as described by writer John Schwirian. Duncan was literally a shoehorn character into the original Teen Titans to give some ethnicity but not being a side-kick to anyone gave him some problems in appearances elsewhere.

In comparison, the transcript from East Coast Comicon 2018, of John Trumbull interviewing writer Tony Isabella about his creation, Black Lightning, also covers the character’s history and how he ensured only black artists, starting with Trevor Von Eeden, worked on the series when he was involved. Reading about DC’s proposal for the Black Bomber which he totally threw out will make you wonder what went on in their editorial offices that they didn’t spot what Isabella spotted. Oh, just to even things out, we also get a selection of Von Eeden’s pictures of Black Lightning.

Writer Ed Lute goes on to explore the history of Black Lightning after Isabella’s 12 issue run, allowing the various writers make the call on their intentions, although much of it was to keep the character in print. I do agree with Paul Kupperberg that they should never have kept Black Lightning depowered for so long.

Finally, there’s an interview with writer Don McGregor and artist Paul Gulacy about their character Sabre and his comicbook life. Being released by one of those new independent publishers at the time made it a lot harder to get issues in the UK although I think I have a first issue hidden away somewhere. Considering the last time the graphic novel was reprinted was in 2009, isn’t it time for a 40th anniversary reprint?

Although there are some black comicbook writers out there now, none, as far as I can see have created a mainstream successful black character yet. Hopefully, reading this edition of ‘Back Issue’ might encourage that to change. As ever, a learning experience. 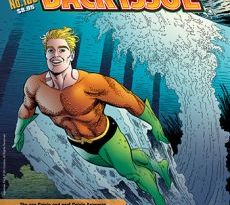 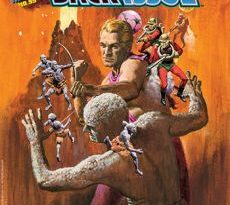 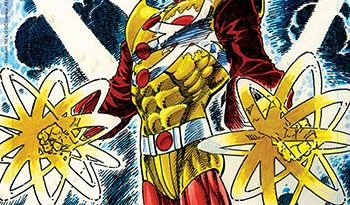