21 July 2019 will be the 50th anniversary of that ‘one small step’ by Neil Armstrong onto the surface of the Moon. There should be dancing in the streets but there will be plenty of commemorative books and television documentaries. SelfMadeHero, publishers of many interesting works, have got in early with this book. ‘Apollo’ is written by the team of Matt Fitch and Chris Baker and beautifully illustrated by Mike Collins, the artist not the astronaut. They have done a good job. Actually, it’s brilliant. Buy it now. 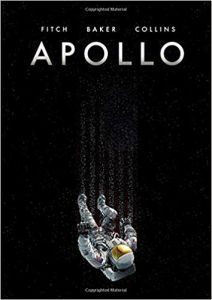 The story starts with the launch from Cape Kennedy on 16 July 1969, and takes the reader through to the final approach back to Earth. Captions give the exact time of events thus: ‘Mission Time: 00:03:12:54, Distance from Earth: 8,213 miles.’ Other captions explain the acronyms in the dialogue: C.M.P.: Command Module Pilot: C.S.M.: Command Service Module. The facts are exact but this is more than a dry, factual account.

The press release states that the story is ‘supported by extensive research from books, official documents and recordings’ and presumably that includes the non-technical stuff. The astronauts were men and so were their families back home. We are shown Mrs Janet Armstrong putting on a brave face. In flashbacks, we see Buzz Aldrin’s difficult relationship with his father as well as his strong desire to be the first man on the Moon.

In a dream sequence, while isolated in orbit, pilot Mike Collins passes over the dark side of the Moon and sees a cheerful, smiling face. It looks like Ego the Living Planet in the old ‘Thor’ comics. There’s also a few pages of President Richard Nixon, focused on his principal concern, President Richard Nixon and how he looks on television. On the bright side, the ‘Apollo’ story does show that the USA can accomplish great things even when there’s a dud in the Whitehouse.

Ironically, the creative team are all British which at least proves that the Moon landing was an event for all mankind, as was frequently said at the time. It also means that while there’s great enthusiasm for the project, it shines from every panel, it’s unencumbered with the gung-ho American patriotism that a native writer and artist might have felt and who could blame them?

No doubt rightly stuffed yanks galore will be making their own contribution to the celebrations next year but I think the story here benefits from not being too nationalistic. On page 41, there’s a lovely panel showing the globe as seen from the Moon rocket which quietly clarifies the fact that we all live on the same world, though it won’t please any flat-earthers out there.

Via the silver screen and CGI, we have grown accustomed to watching men whiz between stars and fight battles across the galaxy. Although pure fantasy, this might make us blasé about space travel. The odd thing is that, while the fantasy has blossomed, the reality barely limps along. This fine book is a record of reality.

I thought as a nine year-old and I still think now that putting a man on the Moon was the greatest thing the human race has ever accomplished. I told that to someone once and he looked at me as if I was mad. I guess he didn’t grow up reading optimistic 1940s Science Fiction. Perhaps the 50th anniversary of the Apollo landing will rekindle efforts to make dreams come true and we’ll see a man on Mars before my time on Earth is done. I sure hope so. 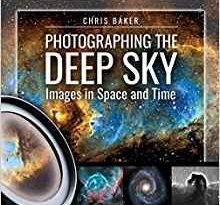