‘Aoife’s Kiss’ is a fantasy novel and starts with a prologue on 12 May 202-, five years before the present day. Aoife Ni Riain has been researching runestones and, almost by accident, discovers that she can open portals to other places with them. The stones work different magics according to how they are combined. 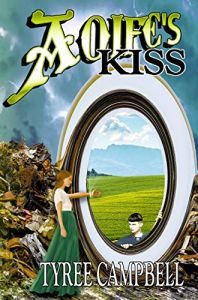 Cut to the present day, a bleak future United States in which corrupt elites live comfortably and everyone else is in trouble. The government is not of the people by the people or for the people. Overpopulation means that the limited resources are stretched but the aforementioned people have a strong sense of entitlement nevertheless. This is, indeed, the future our young people face. Good luck, kids!

The scene is Naperville Chicago where DCI Maire Neumann has a hobby case, a missing young woman called Aoife. The mystery of it is deepened by back street rumours of a woman by that name who kisses you. The kiss of death, perhaps, for those she touches are never seen again. DCI Neumann is cursed with an assistant, Feeney, a cocky young cop of bad character. Someone has reported a terrible stink coming from a neighbouring apartment and their investigation takes them into a seedy district of Naperville and a bar called the Nightlight run by Andy. He is a lost soul, wounded by war with a prosthetic left arm, an ex-combat veteran yearning for love.

Maire is a lost soul, too. Her father was a good cop but, it seems, too fond of infidelity with the ladies of the night and finally caught something that killed him. She admired him, as most girls admire their dad, and something was broken when she discovered his sin. Andy and Maire meet in his bar when she’s on the case. Attraction is mutual. Is he good enough for her? Will he find her attractive, this strange, compelling war hero who writes poetry and takes care of poor waifs? I’ll give you three guesses.

Tyree Campbell gets deep inside his characters showing you their every thought and emotion and how they feel and, oooh!, how they feel! It’s the modern way. Campbell is a good writer with all the tricks of the trade at his command, including imagery, metaphor and simile. He’s a great believer in ‘show, don’t tell’ and inclined to show everything, often in detail. When Andy gets out of bed at the start of Chapter 8 there’s ‘the sun, a bugle at a recruit’s first reveille, harsh and martial.’ The sunlight ‘slapped Andy across as the face as he sat up’ and his prosthetic stump is ‘dead as a Lake Michigan bass.’ Then ‘the shower, like beauty, went only skin deep’. This is effective in reminding the reader that Andy is ex-military, prosthetics are artificial/dead/not very nice and Lake Michigan is horribly polluted. It’s also a good way of slowing down the pace of the story. In the end, it was perhaps slower than it needed to be. To paraphrase Salieri on Mozart, there are too many words. The excess wordage goes to describing things in fine detail and especially to love, love, love. Glances, shadows touching, hands clutching, to bed for…fun, though we are spared that as Campbell is old school, thank God, and shuts the bedroom door in the reader’s face.

Intermittently in this love story, there is still some action going on. A nasty businessman called Conner is involved in some sort of conspiracy. Old people are dying, seemingly of natural causes. Aoife is still on the scene and her name is being used in vain. It’s a complex web to untangle and, when the love issue is resolved, the story gets going again. Meanwhile, for plot is not all, the reader can enjoy the personnel. Campbell writes strong female characters and there are several in this book: Maire the cop, Kate the street urchin and Aoife herself. These ladies are not shrinking violets in need of rescue.

I read ‘Aoife’s Kiss’ hoping for a solid fantasy adventure and there is one, about 80,000 words long. However, the book has 100,000 words altogether. Even so, it is a good fantasy adventure and no doubt the romantic element will appeal to some in the audience, especially, dare I say it, female readers. Men may like it, too, and some will identify strongly with Andy, especially if they’re currently in love with the sweetest most wonderful girl in the whole wide world and can’t shut up about it so their friends want to kill them. 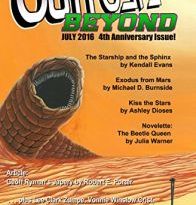 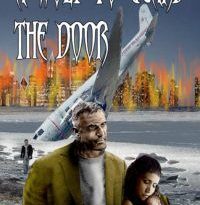 A Wolf To Guard The Door by Tyree Campbell (ebook review).

A Wolf To Guard The Door by Tyree Campbell (ebook review).