Remy Chandler is a detective. This is a marked change from his former life as a warrior angel and God’s right fist. Day to day, he struggles to control the angel which lives semi-dormant in his human body. His supernatural nature means he is able to handle the more out-there cases. He can move between our world and the world of angels, demons and mythical creatures. 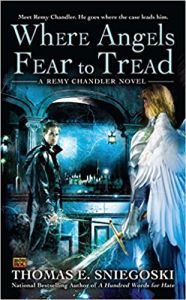 His latest case, here in ‘Where Angels Fear To Tread’, is a missing girl. Zoe’s mother hires Remy to track down the girl and her missing father, but there is a serious twist. Zoe was raised in a cult dedicated to an ancient and evil god. Her destiny was to become a living host for the second coming of Dagon, an ancient middle-eastern fertility god. The preparation means Zoe has become one with a fragment of the divine power of creation. This makes her a prime target for forces of good and evil.

Accompanied by Marlow, his loyal labrador, and supported by a motley crew of police and clergy friends, Remy has to find Zoe before a biblical horror uses the power of creation for their own evil scheme.

Take a old-school detective and liberally add a double scoop of the supernatural. Sprinkle a hand-full of biblical baddies and hard-boil to taste. The result is a combination which has a huge appeal.

Remy has the perfect combination of tragedy and goodness to make a perfect hero. He has loved and lost which informs his mission to help God’s neglected human children. Remy is a great character. He is at his most sympathetic when his human and angelic selves are in conflict. His relationship with Marlowe is tender and nicely realised.

The story is at its best when Remy interacts with various supernatural characters and the humans that surround them. He is full of life and hope and all that is good in our world. It is a measure of Sniegoski’s writing that Remy isn’t flat or dull. There are other books in the series, so I am unsure if other deities or belief systems are explored. The Judeo-Christian mythology is getting a little overused, especially by writers from the USA.

Sniegoski has excellent genre writing experience including Buffy novels and some Hellboy spin-off graphic novels for marvel. The story flows well and only slightly loses steam during the action scenes. I had to stop and re-read sections where the action became a little muddled. This novel and the others in the series are a cracking read. They rattle along nicely and have a reverent touch for the mythological aspects. Young adults of all ages will love this story. 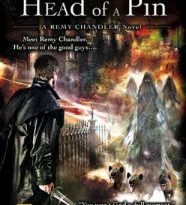 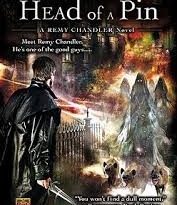