Having reviewed Vanguard’s ‘Sketchbooks’ for Neal Adams and John Buscema in recent years, the chance to get the ‘Wally Wood Sketchbook’, released in 2000 at a lot price was too much of a temptation to resist. Seeing Wallace ‘Woody’ Wood artwork in his raw form is an opportunity should not to be missed. Although there are some layouts in here, especially from his ‘Daredevil’ days, the majority are full sketches showing what a fine artist he was.

He also loved Science Fiction and was a major contributor at EC Comics to get away from the old Flash Gordon style of rockets into something a lot sleeker and influenced everyone else since. There’s also some work he did in the early 1960s for material featuring ‘Fireball XL-5’ which should be a pick-up for all you Anderson fans out there.

I’m not sure if Woody actually saw the series as Fireball is on a vertical gantry in the first picture, although later there is a sketch showing the more traditional launch. Going back to ‘Daredevil’, you also get to see his character sheets for DD, Matt Murdock, Karen Page and Foggy Nelson and details inside DD’s cane and weapon before it became more of a billy-club. 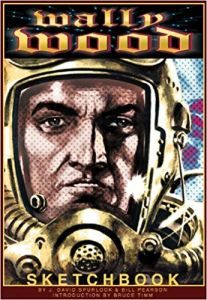 Jim Steranko gives a history of Woody, followed by an interview with Joe Orlando who worked for and with him. It’s odd that Vanguard haven’t done a Sketchbook for Orlando as well as I’d be curious to see how close their styles actually were.

Of course, there’s also an interview with Woody himself who readily admits he rarely looks back at the work he did but always to the next project. Considering the various publishers he worked for, if you’re after a lot of his work then you get to see the rawest form, even for his ‘Mars Attacks’ trading cards. He also explains how he simplified his linework as he got older simply from the belief that he thought he was getting too ornate with detail. Seeing the work here, I hope Vanguard consider releasing a collected set of his ‘Dragonella’ material.

Al Williamson also gives some insight into Woody, both at work and play and seeing their combined drawing is certainly magical.

This was a second printing of the ‘Wally Wood Sketchbook’ which I put on par with the ‘Neal Adams Sketchbook’ for understanding technique and if you miss out on adding this book to your collections, then you’re missing a treat. 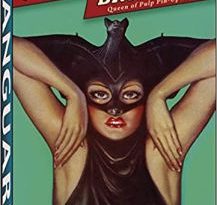