The Neuromancer film is pressing ahead now, with Liam Neeson and Mark Wahlberg firmly in the frame for the leading roles. This is of course the classic SF novel by William Gibson. Mark will be the young hacker, and Neeson his cyberspace handler/ex-military intelligence guy.

It’ll be interesting to see how they handle the FX, given that when Gibson saw the film Bladerunner while being close to finishing Neuromancer, he nearly stopped writing the book, because he thought (wrongly) nobody wouldn’t believe he had just ripped off the whole look and feel of Bladerunner.

Vincenzo Natali is in the director’s seat for this film, which has been cursed with flip-flopping and false starts for longer than we care to remember. 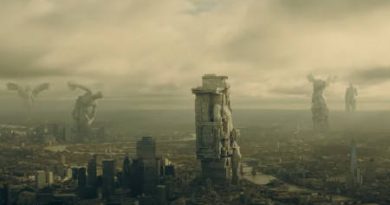