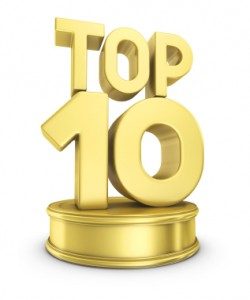 One of the most overlooked parts of a television show is its opening credits. After all, the opening of a TV series kind of sets the tone for the programme’s identity. The opening for American SF/fantasy-based programming, in particular, served its purpose accordingly because of the genre’s adventurous overtones.

Television audiences can learn so much from a SF/fantasy opening credit due to its various components: the catchy theme song, the format of the opening credit, the visual optics, unique narration, lyrical explanation, etc.

In The Top Ten American SF/Fantasy TV Show Openings, we will look at a handful of TV shows, some Prime Time, some kiddie animation or live action, that had a distinctive touch in their opening credit sequences. So what would be some of your selections for inviting American SF/fantasy TV show openings? 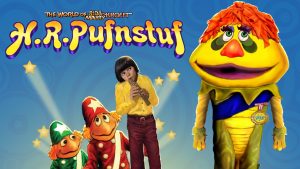 American children in the late 60s were treated to a rather bizarre, psychedelic kiddie fantasy show ‘H.R. Pufnstuf’ about an English boy named Jimmy (Jack Wild) and his magic talking flute Freddy. The Sid and Marty Krofft’s Saturday morning show’s opening showed and explained the jeopardised Jimmy’s rescue from Living Island Mayor dragon H.R. Pufnstuf before his failed trap set by the wicked witch named Witchiepoo that wanted to snatch Freddy. The opening of ‘H.R. Pufnstuf’ was rather surreal, to say the least. The groovy characters seemed to originate from a hippie-induced acid trip. Nevertheless, the ‘H.R. Pufnstuf’ theme was rather catchy with its bouncy tune that accompanied the lengthy opening.

The short-lived Saturday morning kiddie live-action spy satire ‘Lancelot Link, Secret Chimp’ was a silly-minded fantasy that the children went bananas over when the opening credits rolled. The theme song was snappy and the opening sequence humorously featured secret agent Lance Link from A.P.E. as well as his adversaries from the evil agency CHUMP as the finger-snapping lyrics asks the repetitive tag line, ‘Oh Lance Link…whatcha gonna do when mad Dr. Strangemind comes after you?’ Ah, to be a child in the early 70s when bopping back and forth to the opening credits ditty of this playful monkey-madcap kiddie caper. 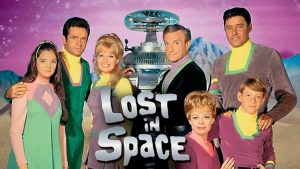 Even casual ‘Lost In Space’ fans will recall that the Irwin Allen-produced campy sci-fi series had two versions of its opening credits/theme song during the 3-year run on American network TV. Specifically, the show’s third season marked a more surging sparkle to its introduction as the Robinsons, Major Don West, and Dr. Smith was shown in bright techno-colour with a cool numbered countdown followed by seven vignettes of the characters as the upbeat jazzy tune played in the background courtesy of veteran composer John Williams’s stimulating musical composition. 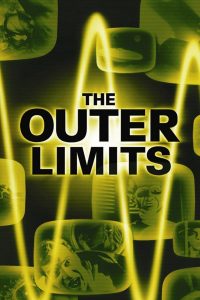 The original ‘The Outer Limits’ never quite seems to get its rightful due as this innovative, American classic SF/horror analogy series seems to always take a backseat to the better known and highly heralded 1960s contemporaries such as ‘The Twilight Zone’ and ‘Star Trek’. Still, for two brief seasons, ‘The Outer Limits’ dared to offer its contemplative, eerie take on challenging themes concerning space travel, the psychological human conditioning, scientific curiosities, and other fantasy-based mysteries lurking in the unforeseen shadows. Famously, the show’s opening credits begin with an assertive voice proclaiming, “‘here’s nothing wrong with your television set. Do not attempt to adjust the picture. We are controlling transmission. If we wish to make it louder we will bring up the volume. If we wish to make it softer we will turn it to a whisper. We will control the horizontal. We will control the vertical…’ Indeed, ‘The Outer Limits’ opening sequence managed to make the living room TV set a mysterious household device worthy of its hearty disillusionment. 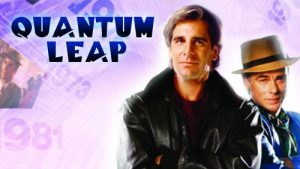 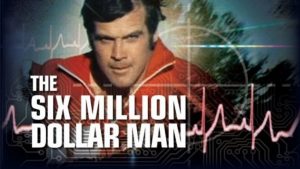 The opening credits to ‘The Six Million Dollar Man’ was intense, to say the least. The devastation of the rocket crash landing put astronaut Colonel Steve Austin’s (Lee Majors) life in the critical balance. The pulsating background music and the narration of the voiceover beginning with the opening line, ‘Steve Austin–astronaut–a man barely alive…’ definitely prepared the American TV audiences and other TV viewers around the world for an SF action series looking to create a pop culture craze. The opening sequence dutifully energised the anticipation of that show’s featured episode. From watching Steve Austin’s top secret bionic surgery to his remarkable rehab as a now cyborg working diligently for his government ‘The Six Million Dollar Man’s opening credits was undeniably spell-binding in its imaginative presentation. 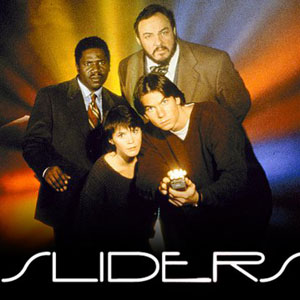 ‘Sliders’ rarely receive the overall appreciation it deserves as an engaging American mid-90s SF series that vibrantly captured its ardent fans’ escapist desires. For five seasons, the exploits of the original four vortex wormhole explorers and later replacements were chronicled on two separate TV networks (Fox and the Sy-Fy Channel). The opening sequence to ‘Sliders’ was rather self-explanatory as the show’s star Jerry O’Connell (as lead physicist grad student Slider Quinn Mallory) can be heard providing narration for the premise of the series (original castmember Cleavant Derricks would take over the narration duties in the final season) as the animated sequences of the cast are shown in vignettes from selected episodes. The urgency of the Danny Lux musical score gave some notable verve to the SF/fantasy adventure. The freewheeling opening sequence and the flowing theme were fixating and accurately represented what the program was in its high-minded frivolity.

Can anyone dare to come up with a more popping opening credit and infectious theme song than the 1967 cartoon ‘Your Friendly Neighborhood Spider-Man’? The guitar riff at the beginning of the opening sequence is to die for not to mention the creative lyrics throughout the whole toe-tapping theme song: ‘Spider-Man, Spider-Man, Does whatever a spider can. Spins a web, any size. Catches thieves just like flies. Look out! Here comes the Spiderman…’ Why can’t they make clever-sounding theme songs for super-hero cartoons nowadays? It is a crying shame that one has to go back five decades just to reminisce about this dynamic ditty. 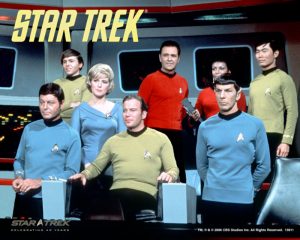 Now did you think that the classic original ‘Star Trek’ would not be included in this write-up on American top ten SF/fantasy TV openings? If you did then shame on you! How can anyone not recall William Shatner’s/James T. Kirk’s worded introduction as the USS Enterprise gracefully soars into the blackened landscape of the crystal stars? ‘Space. The Final Frontier. These are the voyages of the Starship Enterprise. Its five-year mission to explore strange new worlds…to seek out new life and civilizations…to go where no man has gone before…’ One cannot get any more meditation than listening to Shatner’s exuberant pipes while extolling the virtues of exploring space in what amounts to be one of Science Fiction’s most iconic televised phenomenons to transcend a small screen genre globally. 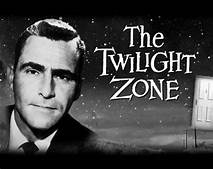 Indeed, the 1960s seemed to definitely bring out its tremendous arsenal of introspective, intelligent SF/fantasy small screen spectacles to challenge the unfulfilled minds of American TV viewers looking to have their horizons opened up to sustainable entertainment worth conquering the potential of the untapped mind. Well, the late Rod Serling contributed to the haunting aura of his mysterious masterpiece with one of the most memorable, hypnotic TV introductions ever to be realised upon one’s instant viewing. According to Serling’s stern voiceover, ‘You are about to enter a dimension…not only a dimension of sight and sound but of mind…a journey into a wondrous land of imagination. Next stop–The Twilight Zone.’ Vintage SF TV gold by the erudite Serling and a television talent that was taken away from us way too soon before his time.