Margaret Atwood is now busy penning a sequel to The Handmaid’s Tale, entitled The Testaments. It will start fifteen years after the plot of the first book.

Apparently, since the popular TV series’ success (which increased the book sales by 700%, somewhat not incidentally), fans have been pestering Atwood about what happens next in the dark religious future of the Theocracy of Gilead, set in a broken future USA beset by civil war, culture war and biosphere collapse.

It will be published in the UK under the Chatto & Windus imprint, hitting bookstores as a hardback on 10th September 2019 (and a little later by McClelland & Stewart in Canada and Doubleday in the USA).

Atwood told SFcrowsnest, “Dear Readers, everything you’ve ever asked me about Gilead and its inner workings is the inspiration for this book. Well, almost everything! The other inspiration is the world we’ve been living in.”

So, errr, the Trumpster?

The book’s plot will be – we are told – completely unconnected to the events of the 2nd/3rd series of the TV series based on her first book and hasn’t yet been optioned for TV or movie treatment. 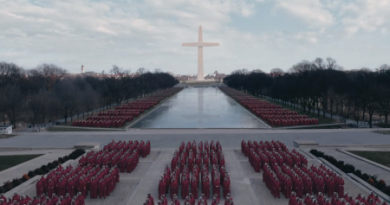