Dublin 2019, the 77th World Science Fiction Convention, taking place in Dublin Ireland in August 2019, has told us that a special Hugo category for Best Art Book will be included in the 2019 Hugo Awards, and the Retrospective Hugo Awards for 1944.

The Hugo Awards are awards in the field of science fiction and fantasy, and have been presented at Worldcons since 1953. They are voted on by members of each year’s Worldcon.

Although fewer art books have appeared on the Hugo ballot in recent years, many genre art books of various types are published annually, and they continue to generate intense interest from both reviewers and the wider fan community. The Hugo Category Study committee is also considering Best Art Book as a potential permanent category.

“The Hugo Awards encourage and appreciate the creation of great SF&F genre work, whether in prose, dramatized or visual form,” Vincent Docherty, WSFS Division Head for the convention, told SFcrowsnest. “Dublin 2019 is pleased to honour the ongoing contributions made by artists to the field of science fiction and fantasy in what will be the 80th anniversary of the first Worldcon – whose sole Guest of Honor was artist Frank R. Paul.”

Afua Richardson, known for her work on Genius and World of Wakanda, will be joining Jim Fitzpatrick and Maeve Clancy as one of the featured artists at Dublin 2019.

Richardson has just created a variant cover for Shuri #2, the Wakanda-based series written by Nnedi Okorafor. Other stories she has drawn for include X-Men, Captain Marvel, Captain America, and the Mighty Avengers for Marvel Comics; Wonder Woman Warbringer and All-Star Batman for DC Comics; and Mad Max.

In 1968, featured artist Jim Fitzpatrick created the two-toned Che Guevara image copied on walls and T-shirts around the world. His other artwork includes intricate Celtic-inspired images, including The Book of Conquests, as well as portrait drawings of iconic Irish writers, and album covers for Thin Lizzy.

Featured artist Maeve Clancy is the author and illustrator of the financial crisis travelogue A Hibernian in Hellas (Cardboard Press) and the web comic Flatmates. She also creates large scale works in cut paper, mural and other forms.

An eligible work for this special Hugo award is any art book in the field of science fiction, fantasy, or fandom, appearing for the first time during the previous calendar year or which has been substantially modified during the previous calendar year, and which is not eligible in Best Graphic Story.
More than 4300 people have already registered for Dublin 2019, which will be held from August 15 to August 19 at the Convention Centre Dublin and other locations around the city (Worldcon Fringe). 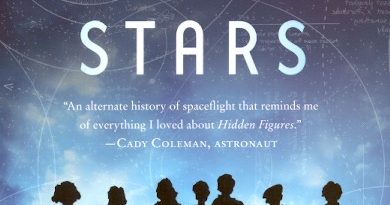