My annual fix of Legion Of Super-Heroes starts with the second volume of Dan Abnett, Andy Lanning and Oliver Coipel, ‘The Legion’. With this version of the LSH, an explosion has propelled nine Legionnaires and part of the headquarters across the galaxy. With no way to get back, Element Lad placed them in tromium crystal keeping them in suspended animation. The alien Shikari finds them and reveals they are in an empire of the Progeny who see eugenics as a way of life, forcing them to take action. The Legion also has its own problems as their flight rings can no longer grant them flight, well, except for those who have it as a natural ability. A good thing that their telepathic earplugs and environment suits still worked although Shikari might get the words, she’s not so sure about their meaning and produces a different way to give them names. 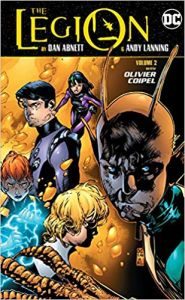 I’m surprised that they didn’t keep the ‘Legion Lost’ for the overall title as its original 12 issue run from 2000-2001. There is so much that could be classed as spoiler here that I hesitate to say too much about the overall plot. If anything writers Dan Abnett and Andy Lanning (who is also the inker) focuses on showing the Legionnaires inherent weaknesses and why you should be careful around some of them. About the only one who got short rift was Kid Quantum but as she points out to Brainiac 5, she doesn’t really care to understand just how powerful she is. In some respects, the resolution at the end of the story could have been handed better had she stepped up to the line.

The art by Oliver Coipel is loaded with energy (sic) but without comparing to the pencils to see how much Andy Lanning followed it but the lines on the faces often come out too scratchy and age the characters far too much in my opinion. But as this was done 18 years ago, I doubt if that worries them that much now.

The overall storyline is addictive so give yourself a few hours to read it or to spread out over a few days and can’t wait to see volume 3. 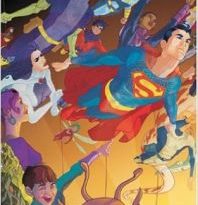 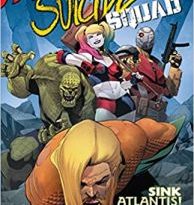 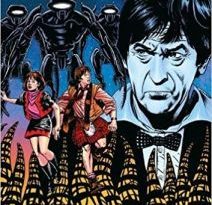