‘The Krypton Companion’ is the one book you need if you want to get a grounding in the Silver Age Superman and the mythology that surrounds him. Much of the things associated with him, other than green kryptonite which was devised for the radio series, was sourced by its editor, Mort Weisinger, mostly as a means to motivate stories which were all idea driven. Interestingly, Weisinger took a lot of his cues from the readers who asked interesting questions which he got answered within the stories. Wesinger has a reputation for being a misery guts and inflicting the same on his writers. According to his son, who doesn’t disagree with any of it, points out that his father was disappointed with the lack of imagination in many of the writers he had to work with and just took it out on them. I wish names were named as his key writers, Edmond Hamilton and Otto Binder, certainly weren’t and were his mainstays on the books. Indeed, a young Jim Shooter would never have been given the ‘Legion Of Super-Heroes’ at such a young age had Weisinger had not thought him a good writer. The LSH, by the way, was never seen as no more than a one-off originally and it was only fan reaction that encouraged more stories. If you’re wondering why not more about the LSH is given in this book, don’t forget it does have its own Companion which I reviewed a couple years back. There are no bars held in this book and everything from DC’s editorial tyranny of its creative staff is covered in some detail and it wasn’t confined to Weisinger. It’s amazing that any creators stayed for long but I guess in those days, there was always a need for a pay cheque and Marvel’s star was only rising. Something that comes from the Jim Shooter interview is that the reason why no one was credited at DC for a long time was because Weisinger didn’t want anyone being bigger than Superman. Even so, from my point of view, it just looks like another way to keep the creators in their place, along with all the browbeating they also received. This book dots all the i’s so if you didn’t know who they were before, you certainly will after reading here. Something I hadn’t realised was that the immobile stolid chest Superman had was the work of artist Wayne Boring.

If you’re ever curious as to what a Jerry Siegel plot looked like then there’s one included for an imaginary story. Although it was never used because of ‘work-for-hire’ disagreements, it does demonstrate the need for a visual eye when writing a full plot.

It goes without saying that much of Superman’s 60s-70s visuals are down to artist Curt Swan and an essay by him over his history before and on the Man Of Steel is also another highlight.

The Neal Adams interview is another lengthy one. Although Adams chiefly did many of the covers than Superman stories, what is most significant is the detailing of how he led the pressure to ensure that creators Jerry Siegel and Joe Shuster got their deserved pensions off of DC Comics via their parent company, Warner Bros. Something else that I’m glad he cleared up here as well is his undeserved reputation for being late with deadlines, pointing out that in addition to interiors, he was also being asked to do many covers as well and there was only so much time in a day. Something I hadn’t realised before was Joe Kubert had originally been scheduled to draw the Superman/Muhammad Ali book but had been rejected by an Ali associate for not getting the boxer’s likeness. There is a cover comparison made between the linework of Kubert and Adams that makes for an interesting study. Adams also discusses the need for anyone needing an editor to look over any work than to give carte blanche freedom to do what they please.

Reading Dennis O’Nell’s interview is also another interesting one, especially as he admits that he wasn’t exactly a good fit for the Man Of Steel and the changes done to Superman to reduce his abilities failed because it wasn’t carried across all the titles. I do agree with him that Superman, even now, is just too powerful. O’Nell points out that a lot of it happened because writers created a new power rather than work out a different way of solving a problem. I do think O’Nell and his interviewer, Mike Eury, misidentified Ozymandius with Dr. Manhattan who has to be a better equivalent to Superman.

Things I didn’t know. Elliot S! Maggin’s exclamation mark middle letter came about from a typing error and I always thought is was a tad pretentious until now. Actually, as seen from above there were a lot of other things I didn’t know although less so when it came to the 80s.

In some respects, the last chapter of the book did feel like it was running out of steam but I suspect editor Mike Eury had my problem of too much familiarity with the material or because it moved beyond the Weisinger and Schwarz period although I’m surprised he didn’t ask editor Mark Waid what Superman’s blood group was. Certainly, the new version of Superman with his longer hair should be dealt with in a separate volume in a decade or so’s time as the changes were a whole new ball game. I should point out this second printing was out in 2007 but as a history chronicle, it isn’t likely to become dated any time soon.

Apart from the various interviews and information, there is a tremendous gallery of art, much of it is a demonstration of just how good the artists were and complement the text a lot, although do think the number of Marvel bits might have been toned down a little. However, I’m reading this after ‘The Batcave Companion’ which came later and didn’t do this so much so things change between volumes. Then again, I don’t think the cover represents the quality of the material within which was also addressed with the Batman volume.

This is a long read and you’ll certainly get your money’s worth from ‘The Krypton Companion’ and certainly stir up a lot of memories from your childhood. Excuse me, while I hand back the black kryptonite. 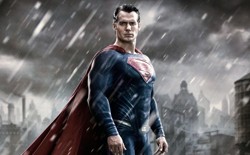 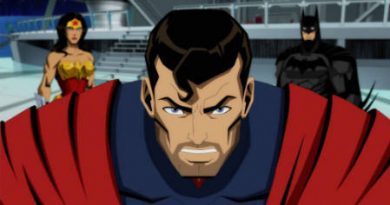