I should say from the start that ‘The Batcave Companion’ isn’t actually a look at the various versions of the Batcave, although there is indeed some reference to it but a look at how the down-in-sales Batman leading up to the early 60s was rejuvenated into the Earth-2 version most of you are familiar with today. Saying that, this new version in Detective # 327, written by John Broome and illustrated by Carmen Infantino was out of kilter simply because of Broome being unfamiliar with the original backstory and neglected the regular supporting cast. Even so, it is seen as the start of the change away from having the Batman stories follow Superman into the SF route and more down-to-earth criminals of Gotham City than the more Science Fictiony ways it had been going. The interview with artist Carmen Infantino was rather illuminating, especially as it gave the $30 pencilled page rate DC paid in the 60s and when he was supplying promotional art at the time of the ‘Batman’ TV series got no different. A useful reminder to current comicbook artists just how well paid they are today. It was also Julius ‘Julie’ Schwartz who came up with the yellow circle to go around Batman’s chest symbol. Probably the key ingredient Infantino added to the ‘Batman’ and ‘Detective’ comics was the covers than the content, with Schwartz building the stories out them than working from raw cloth with the writers who had to do what they were told. I always felt that DC Comics were always story than character driven which is somewhat confirmed from this.

Nothing is glossed over in this book, not only in production but in other things and there are details about the Batman’s origin, not the version of where he sees his parents gunned down and later sees a bat come through the window, and how creator Bob Kane took far more credit than he deserved from writer Bill Finger and even his key ghost illustrator Sheldon Moldoff.

It goes without saying that Batman on TV is covered, although mostly from how the series started up, As there are other books available on the subject, that was probably a wise move and by going that way, has given a different sort of information. I never knew that Frank Gorshin has done a Riddler record or the alternative actors for all the key parts in the series who never did them. There’s also a complete list of the source material that the TV series used. Considering there was a chapter about the creation of Batgirl, it seems a shame that there was no photograph of Yvonne Craig or her costumed alter-ego.

I found the Neal Adams interview very illuminating and never realised before how much he rated writer Bob Haney, even though during the 60s-70s, Adams name was so connected to Dennis ‘Denny’ O’Neil. It was also interesting to note how his understanding of background setting in a scene introduction hangs in the reader’s mind even if he doesn’t use it in succeeding panels. The strongest lesson I learnt, though, was that he never got complacent and always raised his drawing game for what was needed to please the readers rather than just please an editor. Something which still has much value today.

The Dennis ‘Denny’ O’Neil interview was even more illuminating, if only for the number of times he’s been misnamed over the years. Just a shame he didn’t comment on being called ‘Denny’ then and ‘Dennis’ now. The biggest revelation for me was the point of view that O’Neil handed his scripts in and didn’t even communicate with Neal Adams about them or even knew who was going to be assigned to illustrate them. Both of them just did the best with each other’s work and that there really wasn’t any active collaboration. Again, this was typical of the time at DC.

There is a lot of additional reference material from 1964-1980 which puts everything in perspective from the ‘Batman’ and ‘Detective’ comics and the main villains. In the opening three years of the new Batman, I hadn’t realised that the Joker was only used once. In fact, the same could be said of other key villains as well and even the likes of the Penguin and the Riddler were not liberally used as well. Interestingly, where the Riddler was concerned, the use of his suit actually harkened back to the TV series.

This is a great book and as you can tell from what I’ve covered as things I didn’t know then there’s probably a lot more from this period that you don’t know as well. I haven’t even covered how much illustration there is as well, including many of the uninked pencils as well. There is a somewhat predominance with Neal Adams art in some chapters but that’s understandable and looking at it, I probably wouldn’t have it any other way.

The main significance was due to Neal Adams, Bob Haney and Denny O’Neil from getting having a second dip after the TV Batman version to get the darkness back. They certainly succeeded and indicate that without them, there would have been no source that made the current films possible.

If you like the Batman and want to get some insight into the characters and people that made him what he is then you will want this book in your collection. Have a great Bat-read. Based off of this, I think I’m going to enjoy working through the other TwoMorrows ‘Companion’ books. 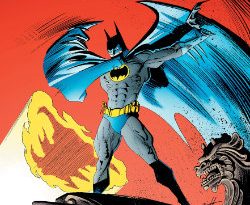 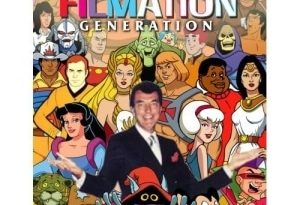 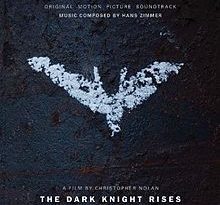 One thought on “The Batcave Companion by Michael Eury and Michael Kronenberg (book review).”