‘No touching today for a healthy tomorrow.’

Elodie is a nurse in a post-pandemic world. She is aware of the constrictions but grateful for the safety they offer. The Key or Key Corp. looks after everyone now. Since the pandemic killed nearly 90% of the world population nearly fifty years ago, the Key has cocooned them in a state of bleach. She is happy with her bullish fiancé, a soldier for Key Corp. She loves her job until something disturbing happens that shakes her complacent view. 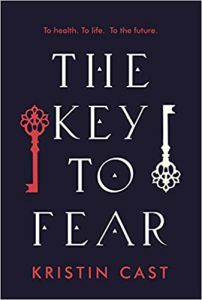 Aiden is not happy and continues to demand a change of job as he seeks his place in the world. He is far less sanitised than Elodie but, when they meet, the spark between them makes him question his choices. She’s attracted despite herself to his crazy mohawk and huge dirty work boots. But we already know she’s a little odd because she likes taking real showers with real water rather than the modern light bath.

She also reads banned detective fiction, a rebel in the making. This is real physical attraction, the very thing that spreads diseases and should have been hosed out of existence but the Key Corp. has no defence against teenage hormones.

Soon Elodie’s boring, safe life explodes and there is no going back. Everything she believed to be true is a lie and there is no safety only a government manipulating the population. Elodie will have to come out of her personal cocoon and change her life completely.

This is a perfectly timed novel that explains the truth and consequences around handing over your personal responsibility to the government. I don’t know if this was fully formed before covid hit but its spot on with the helpless feeling of not being able to control your own destiny. In the end, it’s a good adventure with a couple of characters who are deliberately two-dimensional and a cast of enough to get it moving along swiftly.

I wasn’t as engaged with the younger characters as I would have been a few years ago but I like the world building and ideas. There are no simple solutions and the ending feels abrupt and unfinished which may mean a sequel. Let’s see what sequel we get in 2021. 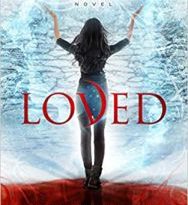